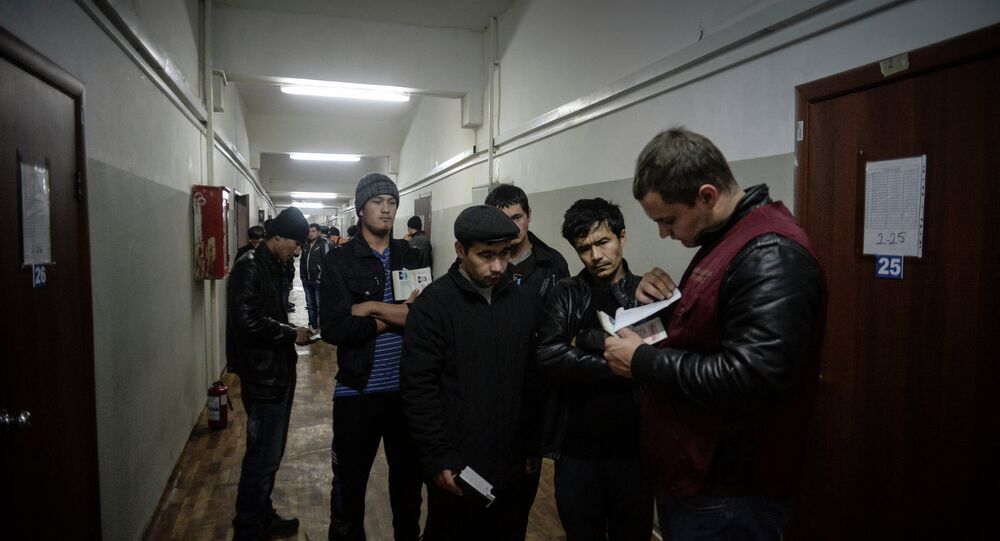 Russian lawmakers are set to consider legislation obligating foreign migrants to state their intention to work upon entry into the country or face being denied a labor permit at a later date.

MOSCOW, February 19 (RIA Novosti) – Russian lawmakers are set to consider legislation obligating foreign migrants to state their intention to work upon entry into the country or face being denied a labor permit at a later date.

A note attached to the draft bill submitted to the lower house of parliament Wednesday by ruling United Russia party deputies explains that the law will provide motivation for denying work permits to foreign nationals.

Irina Yarovaya, who heads the parliament’s security and anti-corruption committee, said the proposed measures would prevent the need for regular sweeps to detect unauthorized migrants already in the country.

“We should not have to chase after illegal immigrants to round them up and deport them,” Yarovaya said.

The overwhelming bulk of foreign migrants traveling to Russia for work come from former Soviet states, predominantly Central Asia. Most ex-Soviet republics enjoy visa-free regimes with Russia, making it relatively straightforward for their citizens to enter the country.

While salaries for such migrants tend to be low, the money earned has major significance for the economies into which the remittances are paid. Remittances are estimated to account for about 50 percent of the gross domestic product of poverty-stricken Tajikistan.

Authorities have sought to tighten migration rules, however, amid discontent fueled by widespread perceptions that Russian citizens are being priced out of the labor market. Recent months have seen a wave of snap inspections on marketplaces in Moscow aimed at rooting out migrants without the correct paperwork.

A United Nations study published last year ranked Russia as the world’s second-largest host of foreign migrants, with more than 11 million. The Federal Migration Service has estimated the number of illegal migrants at 3 million.