A Russian helicopter maker has delivered four more Mi-171E multipurpose helicopters to China under a 2012 contract.

The Russian Helicopters (Rosvertol) holding signed the contract last year for the delivery of 52 Mi-171E helicopters to China’s Poly Technologies.

“Counting this delivery, the customer has received a total of 32 helicopters. The remaining units are expected to be delivered in 2014,” Rosvertol said Monday in a statement.

The Mi-171E helicopters, manufactured at the Ulan-Ude aircraft factory in Russia’s East Siberian republic of Buryatia, is an advanced export version of the famed Mi-8 transport helicopter, capable of transporting 37 passengers or four metric tons of cargo for a distance of 610 kilometers (380 miles) at a speed of 250 kilometers per hour. 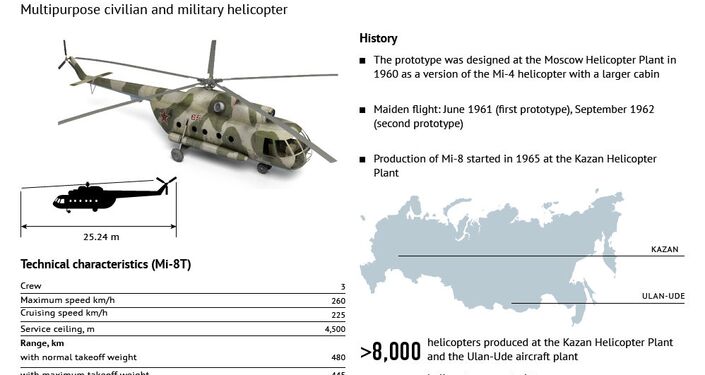 Mi-171E was specifically designed for operations in mountainous parts of the Middle East and Asia, according to Rosvertol.
The cost of one such helicopter in its basic configuration is estimated at $10-12 million.