Safety Breach Seen as Possible Cause of Moscow Chopper Crash

Safety violations may have been to blame for the crash of a high-tech military attack helicopter in Moscow this week, investigators said Wednesday.

MOSCOW, October 30 (RIA Novosti) – Safety violations may have been to blame for the crash of a high-tech military attack helicopter in Moscow this week, investigators said Wednesday.

Moscow's Inter-Regional Transport Investigations Directorate said they have opened a criminal case into the crash of the twin-seater Kamov Ka-52 Alligator that seriously injured its two pilots.

Officials estimate the accident has cost damages to the Defense Ministry worth 800 million rubles ($24.9 million).

Investigators are set to review witness accounts, data from the Ka-52’s flight recorders and documents found on the craft to determine what caused the accident.

The Ka-52 crashed near the Vykhino-Zhulebino district in southeast Moscow on Tuesday afternoon, during what officials said was a flight to test a new air conditioning system.

Officials earlier said that a technical glitch and pilot error were being investigated as possible causes of the crash.

The incident marked the second accident in Russia involving a Ka-52 helicopter in two years.

Two pilots died in March 2012 after their Ka-52 helicopter crashed during a training flight near the Torzhok military helicopter testing and training center in the Tver Region. 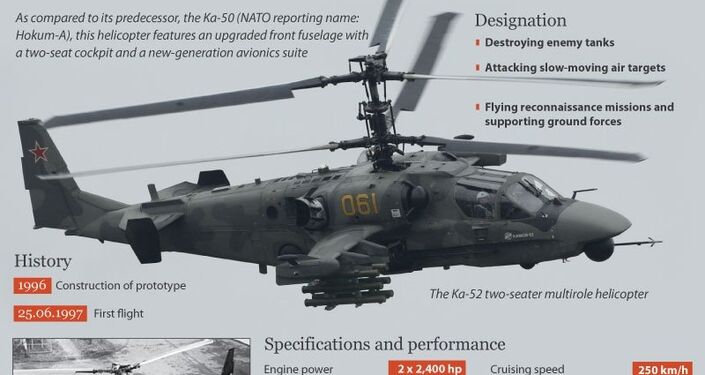