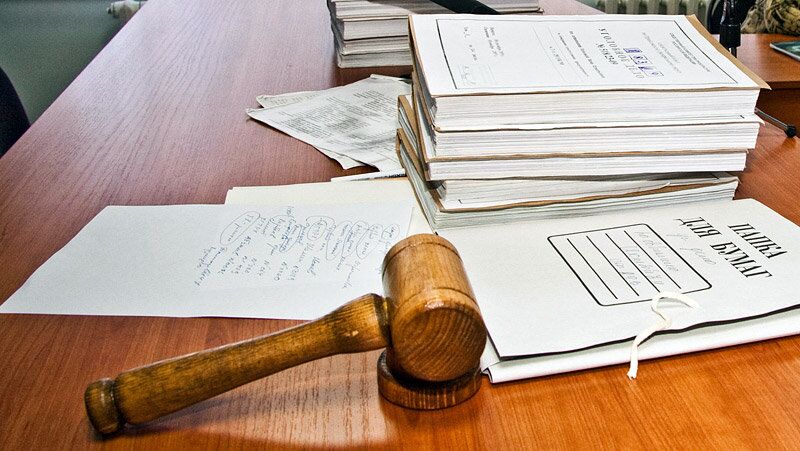 A Moscow court on Tuesday rejected a defamation lawsuit filed by former Pussy Riot lawyers against the Kommersant publishing house and lawyer Irina Khrunova, who represented one of the punk group members during the cassation stage, the RAPSI legal news agency reported from the courtroom.

MOSCOW, August 20 (RAPSI) – A Moscow court on Tuesday rejected a defamation lawsuit filed by former Pussy Riot lawyers against the Kommersant publishing house and lawyer Irina Khrunova, who represented one of the punk group members during the cassation stage, the RAPSI legal news agency reported from the courtroom.

Nikolai Polozov, Mark Feigin and Violetta Volkova filed a defamation lawsuit after Kommersant published an article titled, "A punk prayer can take you to Strasbourg." Polozov said the group's former legal team was portrayed in the article as incompetent for failing to send the necessary documents to the European Court of Human Rights (ECHR) in Strasbourg on time, while in fact the ECHR had accepted their complaint and even assigned it a number.

The lawsuit against Khrunova stems from her statement in the article that: "When the defense team filed the first complaint [with the ECHR], the court asked them to send additional documents, but they did not submit them to the court, so the application hasn't even been considered for review."

In February 2012, five young women wearing brightly colored balaclavas staged a so-called punk prayer protest in Moscow's Christ the Savior Cathedral. An edited video of the performance was posted on the Internet and caused a public outcry.

In August 2012, a Moscow court sentenced Yekaterina Samutsevich, Nadezhda Tolokonnikova and Maria Alyokhina to two years in a prison colony for hooliganism.

In October 2012, another Moscow court changed Samutsevich's verdict to a suspended sentence and released her immediately based on her new attorneys' argument that she had been seized by security guards prior to reaching the altar.

The sentences of Alyokhina and Tolokonnikova were upheld.

The three women were represented in court by Volkova, Polozov and Feigin. Shortly before her appeal was considered by the court, Samutsevich rejected Volkova's services. Tolokonnikova and Alyokhina also replaced their lawyers later when they were already in custody.