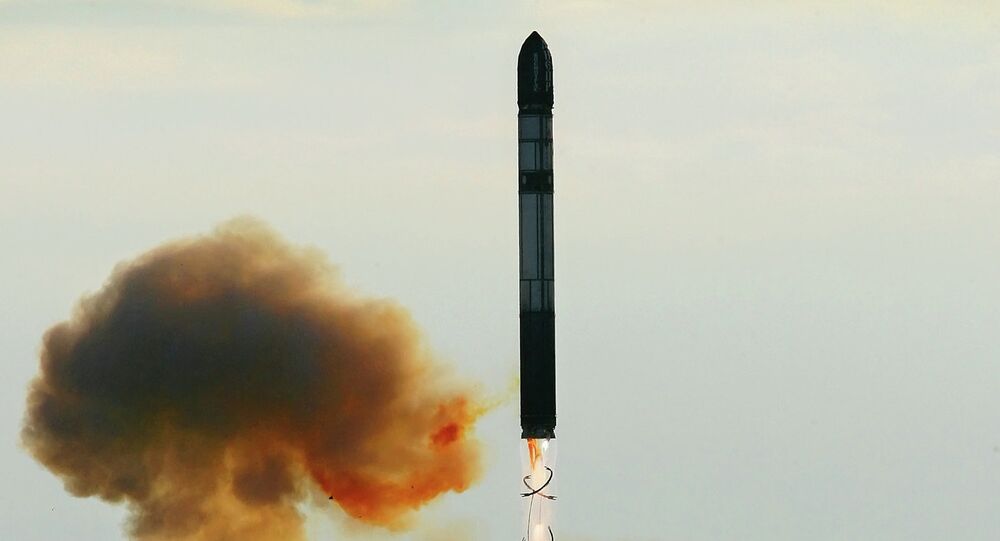 “Carrier rockets created on the basis of intercontinental ballistic missiles like Voyevoda [the Soviet name of Satan missiles], which use standard liquid fuel based on hydrazine, are well-suited for fighting suddenly discovered small [space] objects,” said Sabit Saitgarayev, a senior researcher at the State Rocket Design Center in the city of Miass in the Chelyabinsk Region.

“They [missiles] can stay in the condition of their readiness for launch for ten and more years, after some reequipping,” the scientist said.

Cryogenic fuel used in Russian heavy space rockets Soyuz and Angara cannot be kept for long and is supplied directly before the launch. Several days are required for preparing these rockets for launch, which makes them unsuitable for destroying small space objects that can be discovered several hours before their collision with the Earth, the scientist said.

The Satan missile can take off 10-20 minutes after an order for launch, the scientist said. If two hours are needed for the missile to reach the target, another two hours are required to specify the space object’s trajectory and one hour to coordinate the missile launch with the heads of other countries, he argued.

The scientist’s proposal comes about four months after a meteorite entered the Earth’s atmosphere and slammed into Russia’s Urals on February 15 with a massive boom that blew out windows and damaged thousands of buildings around the city of Chelyabinsk, injuring 1,200 people in the area. According to the Health Ministry, 52 were hospitalized.

The Soviet-era Voyevoda (SS-18 Satan) ICBMs have been in service since 1967.