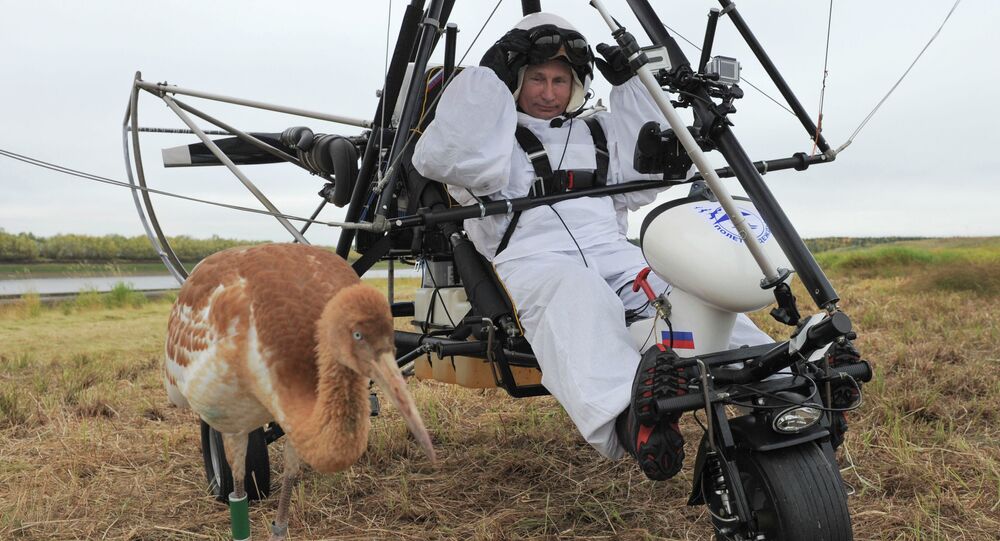 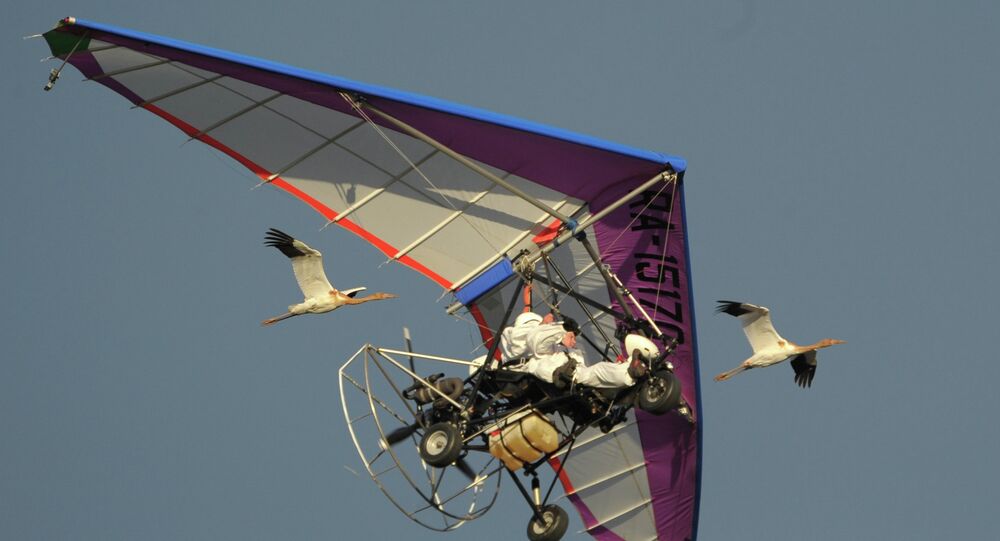 The Flight of Hope project aims to save this Red Book crane species, which is under the threat of extinction.

Putin steered a specially outfitted motorized hang glider, flying with the birds to show them the way to a brighter - and warmer future.

He made a total of three flights: one test flight to get hands-on experience with the machine and two more together with his feathery companions.

The cranes were raised at the Kushevat ornithological station/sanctuary and had to be shown the route to wintering grounds. Kushevat is near the city of Salerkhard, which is located close to the Arctic circle.

After the cranes were released, however, only one of them followed the flying leader.

Putin later explained that there was a strong wind and that the machine flew so fast the birds couldn't keep up.

The second flight was more successful, with five birds in tow, although after two circles only two were able to keep pace, flying for 15 minutes.

“I liked this program,” Putin said, adding that he had become interested and bought a motorized hang glider with his own money and will later hand it over to the scientists.

“I advise everyone to try it,” he said.

Under the project, young cranes are shown the way to fly from the Yamalo-Nenets Autonomous District via Western Siberia and Kazakhstan to southern Uzbekistan, where "alternative" wintering grounds - the world’s first - are being created, .

Program coordinator Alexander Sorokin said this will go some way toward addressing the problem of crane depopulation, in particular during their migration to India via Afghanistan and Pakistan, both of which have open season on the rare birds year-round.

Birds raised in a sanctuary are unable to fly to wintering grounds on their own since they do not have grown species among them to show them the way.

They have to fly about 1,200 kilometers "in training" before they can join their wild brothers.

Putin clocked a total of 17 hours in the air, and when he does 25 he will be able to receive a pilot certificate, senior pilot Igor Nikitin said.

“I feel great relief because everything has come off so well,” a happy Putin said, sharing his impressions of the flight with reporters.

“The birdies did a great job.”