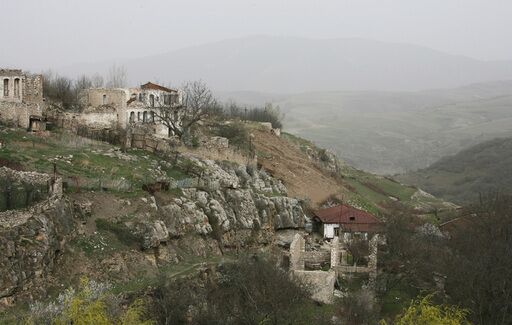 Nagorny Karabakh, a breakaway region on Azerbaijani territory with a predominantly ethnic Armenian population, has been at the center of a bitter conflict between Azerbaijan and Armenia.

“The work has not been completed, but the presidents of Russia, Azerbaijan… expressed their readiness to continue working to reach an agreement,” Lavrov told a news conference in the Armenian capital of Yerevan.

The top Russian diplomat is paying visits to Armenia on April 2-3 and Azerbaijan on April 3-4. The visits are dedicated to the 20th anniversary of Russia’s diplomatic relations with the countries, but Lavrov is also expected to discuss developments in the Nagorny Karabakh settlement.

No breakthrough decisions were reached during the trilateral meeting, but the leaders agreed to work further on the issue.

Nagorny Karabakh has remained under Armenian control since the late 1980s, when the region claimed independence from Azerbaijan. The conflict is estimated to have left more than 30,000 people dead on both sides between 1988 and 1994.