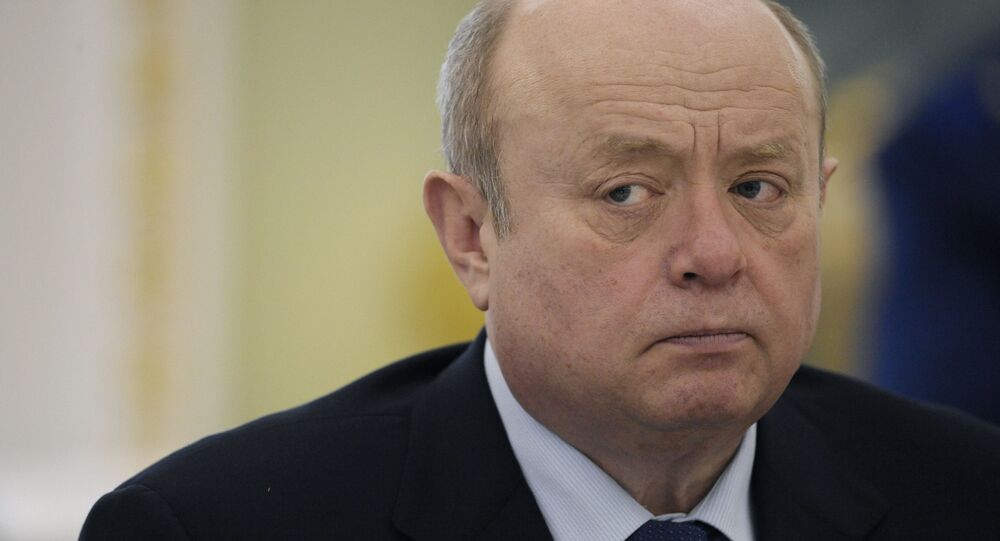 "We make constant changes to our personnel," Fradkov said. "Those who do not meet modern requirements are of course asked to leave quietly."

Russian media reported that a man known only as Col. Shcherbakov, who was the chief of an SVR department handling all intelligence sources in the United States, was to blame for the exposure of the Russian intelligence officers working under assumed identities.

Fradvov agreed with comments made by Russian President Dmitry Medvedev earlier in November that the SVR must learn from the episode.

He also said the SVR would analyze documents leaked by the WikiLeaks whistleblowing website on Sunday.

"There is nothing good about these materials," Fradkov said.

The site also disclosed comments made at a meeting in Paris in February between U.S. Secretary of Defense Robert Gates and then French Foreign Minister Herve Morin. In it Gates describes Russia in blunt terms: "Russian democracy has disappeared and the government is an oligarchy run by the security services."

The main suspect in the leak of the documents, along with previous logs disclosed by the site, is jailed U.S. Private Bradley Manning, who had top-secret clearance as an intelligence analyst for the Army when he was stationed in Iraq.