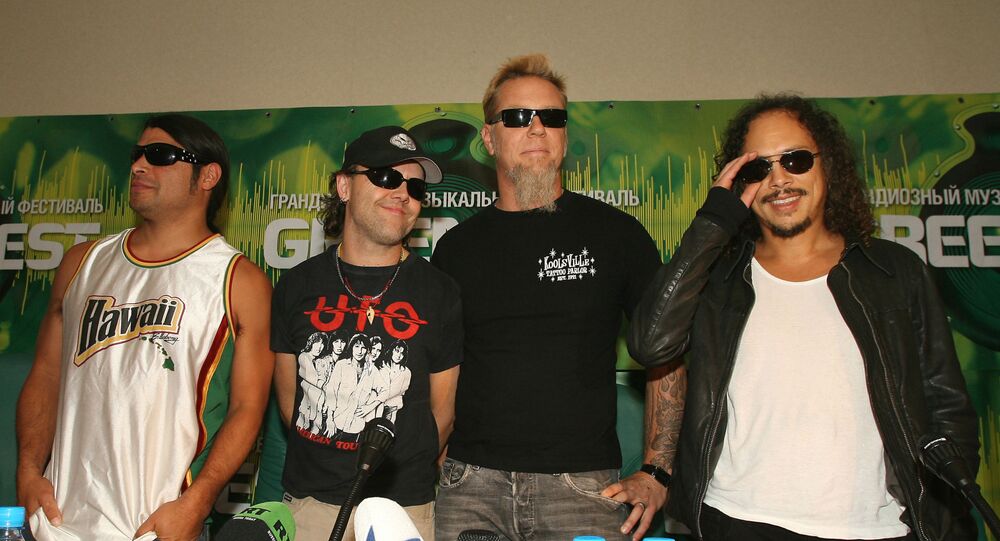 Metallica to gather full houses at their two gigs in Moscow

Legendary rockers Metallica are expected to gather full houses during their two concerts in Moscow over this weekend.

Legendary rockers Metallica are expected to gather full houses during their two concerts in Moscow over this weekend, the concert organizers said.

Metallica is currently on the World Magnetic Tour dedicated to their Death Magnetic album, which was released in late 2008. It was the first studio album for the band over the last five years.

Their concerts were under threat of being cancelled due to the air traffic chaos in Europe caused by the eruption of the Eyjafjallajokull volcano in Iceland. However, Metallica were already in Oslo on their World Magnetic Tour when the eruption began.

They travelled in Europe either by car or train giving concerts Vilnius on Tuesday and Wednesday and now in Moscow's Olimpiisky Sports Complex on Saturday and Sunday, April 24 and 25.

Metallica's last concert in the Russian capital was in the Luzhniki Stadium on their Sick of the Studio 2007 tour, where the band performed in front of some 60,000 fans along with 3,000 security officials.

Over 200 million of copies of Metallica's albums have been sold worldwide, making them the most commercially successful metal act.

The band's eponymous album Metallica, released in 1991, is the best sold metal album in history, with sales of over 15 million copies.