Don DeBar: Honestly it would be interesting to see how he would do in the United States if he ran here, because the accomplishments of the Russian government over the last 15 years or so have been quite remarkable. Given the conditions that existed in Russia after the dissolution of the USSR and the looting of the country by both some Russians and many people from Wall Street and elsewhere in the West, it's a complete turnaround that Putin engineered, the people there experienced it; when you go from being poor and hopeless to having a decent life, you notice and the voter turnout 65 percent roughly is larger than in the United States, where it's usually around 45-55 percent, and he won three quarters of the vote, that says something all by itself.

Sputnik: What is the general opinion of the American population? Why is this agenda continuing without any stop, it's incessant in its traction? What are the American people saying about it, are they tired of it or are they fully supporting it?

Don DeBar: First of all, one of the most useful pieces of information that people should have trying to look at the United States and understand what's happening is the polling data of the people in the United States, with respect to American media, which has single digit favorability, people don't trust the US media at all anymore. Although there has been a wall to wall campaign to demonize Russia that started up yet again in earnest maybe 2007-2008, got really cranked up in 2014 and then again with the 2016 election. The people are not necessarily following that. The public discourse about Russia may reflect this because there was absolutely no other discussion in public about Russia other than what a bad player it is on the international scene.

People are not emotionally connected to it, they really don't care and those of us of a certain age, people my age, or even 10-15 years younger, and I’m in my mid 60’s, remember having to deal with the whole heap of all of that prior to 1991 and do not look forward to having to suffer through all that again, we got heavily taxed for weapons; when I was in grade school we were drilling for nuclear war, we would go hide in the hallways, etc. People are not drawn to that type of mindset, so when you have a media that's not popular trying to resell that to a portion of the population, they don't buy it. Most people my age when you mention Russia give you a smirk, like “Yeah, do you believe that nonsense we’re being fed?”. So it's hard to gauge what people actually do think, but I don't think they're buying the narrative. 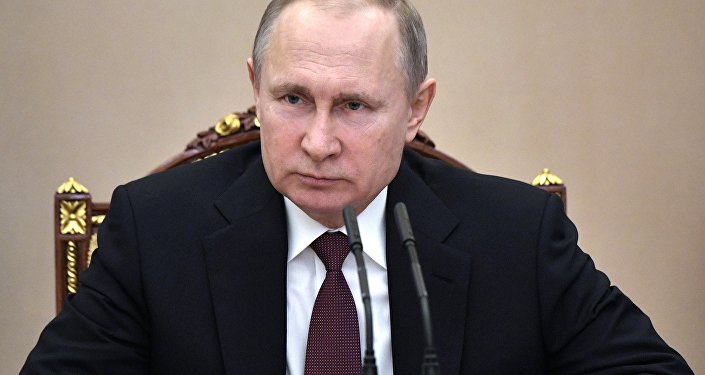 © Sputnik / Aleksey Nikolskyi
Analyst Names Main Challenges Putin to Face During His Next Term
Sputnik: What's your hope then, what's your general sense, your feeling that's going to happen during the next five-six years, because that's how long President Putin has got for his next term and he's not going to go away, is he?

Don DeBar: Well I'm hoping we have five or six more years. One of the problems is on the ground, of course, you have the US military up to the borders of Russia and China, by the way, from the Baltics to the Korean peninsula, hot weapons systems, constant barrage of media attacks and worse, preparing the public in the United States and Europe for war regardless of whether they want it or not. All these little hotspots, for example, like Syria with the threat of the government, CIA etc. outside the control of the president and antagonistic towards Russia; so you have Turkey, for example, shooting the Russian plane killing the pilot and you have these weapons in the hands of terrorists, that obviously came from the United States, shooting down a Russian plane killing the pilot and now President Putin is saying “Look, we're not going to let you guys just keep killing us.”

There's a point in time where it's going to have to occur to the people in the Kremlin, for example, that these guys are coming anyway, you're back on a hair trigger almost, and it's insane because it is not necessary, but it's being mandated outside of the control of the White House. To me, I always remember what my father said, reality is the best future, peoples conditions ultimately will bring them to the reality, and I'm hoping people here will understand what's happening before it takes on its own life and doesn't give us five or six more years to have a conversation.

The views and opinions expressed by Don DeBar are those of the speaker and do not necessarily reflect Sputnik's position.

Analyst Names Main Challenges Putin to Face During His Next Term