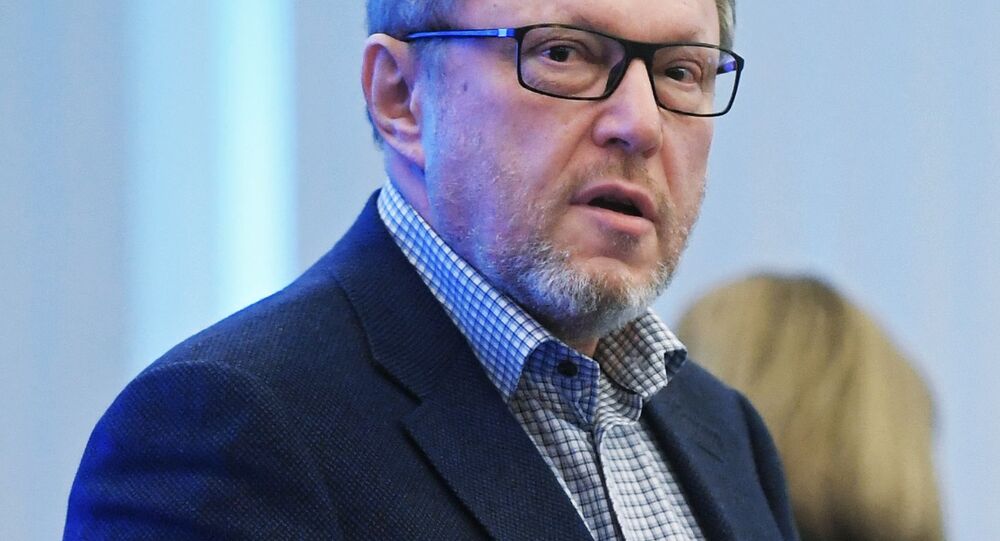 Grigory Yavlinsky: Against Stalinism and the Heritage of the 1990s

Sputnik presents the candidates of the 2018 Russian Presidential Elections, their bios and positions on domestic and foreign policy. Meet Grigory Yavlinsky, candidate for Yabloko party.

Biography: Grigory Yavlinsky took his first steps in politics as a Plekhanov Institute graduate in 1990, when the Supreme Soviet of the RSFSR appointed him as Deputy Chairman of the Council of Ministers and chairman of the state committee on economic reform. This is Yavklinsky's fourth presidential election campaign on the Yabloko party ticket.

Domestic program: The main points of Yavlinsky's program are overcoming "hidden Stalinism" and "wild capitalism bordering on feudalism." Yavlinsky believes that the state's respect for private property, a limited concentration of property in one hand and coordinating all significant changes in the economy with the business community holds the key to making Russia Europe's strongest economy. Yavlinsky also proposes to draw up a state program to overcome poverty by opening personal savings accounts of citizens, where part of the dividends will come from shares of major enterprises.

Foreign policy: According to Grigory Yavlinsky, Russia should put friendly relations with the former Soviet republics at the top of its foreign policy agenda. Russia also needs to mend fences with Western European countries by gradually aligning its foreign, defense and economic policies with Europe's.