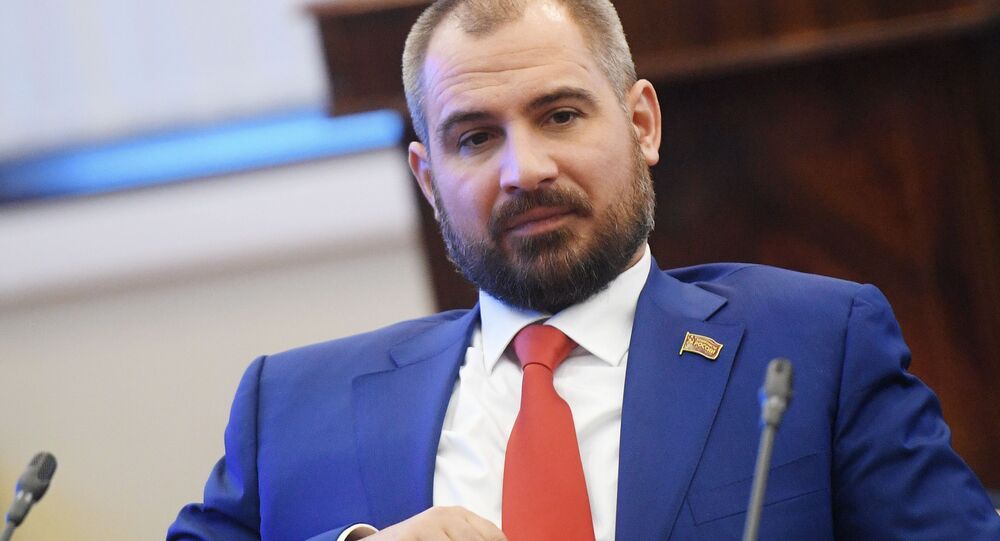 Maxim Suraykin: Forward, Into the Bright Soviet Past

Sputnik presents the candidates of the 2018 Russian Presidential Elections, their bios and positions on domestic and foreign policy. Meet Maxim Suraykin, candidate for the Communists of Russia party.

Biography: Maxim Suraykin was born in Moscow in 1978, a candidate of historical sciences. After graduating from university, he set up and ran a computer repair workshop. Taught management at Moscow State University of Railway Engineering. Has authored a number of scientific articles and publications. Active in politics since 1996. Former KPRF member. In 2010, he led the public organization "Communists of Russia", which nominated him to be its candidate in the 2018 presidential elections.

Domestic program:  According to Maxim Suraykin, his elections program is "a whole complex of measures for the revival of the socialist economy." So, if they come to power, the "Communists of Russia" promise to nationalize the banking system and the basic sectors of the economy. In addition, the communists promise to close the income gap between a skilled worker and an enterprise director to a maximum of five times. The candidate emphasizes the need to fight corruption, confiscate ill-gotten funds and property, and bring back committees of people's control over the finances of enterprises.

Foreign policy: In foreign policy, the "Communists of Russia" adhere to patriotism. They believe that their greatest foreign policy priority should be "upholding the interests of the working people." The party also wants to restore a "defensive alliance of anti-imperialist states modeled on the Warsaw Pact."