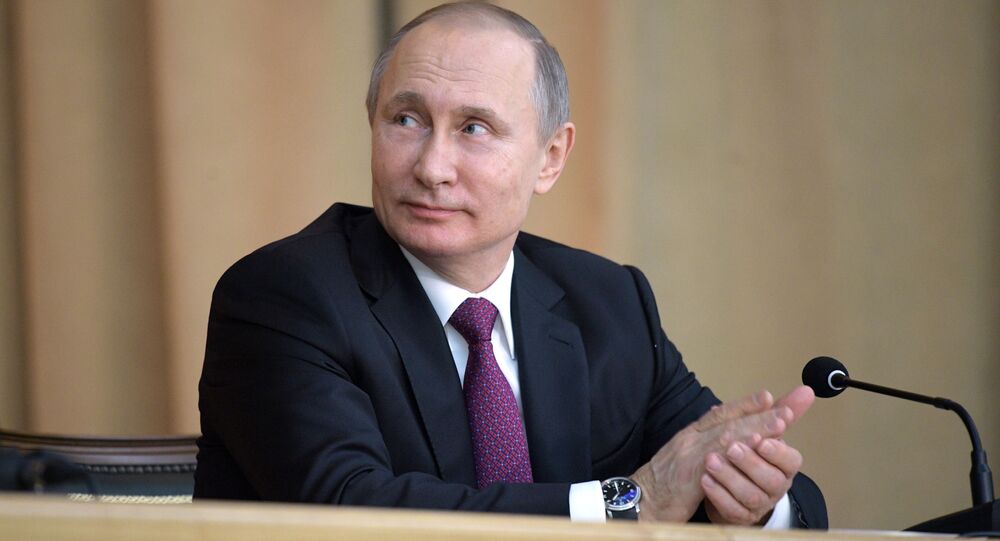 Sputnik presents the candidates of the 2018 Russian Presidential Elections, their bios and positions on domestic and foreign policy. Meet Vladimir Putin, the independent candidate.

Domestic program: During his first term as president, Putin implemented tax, banking, land and pension reforms, as well as reforms of natural monopolies, housing and communal services, labor relations and introduced many other changes. The president underscored the need to preserve the territorial integrity of Russia, improve state governance and significantly increase GDP growth.

Foreign policy: Speaking at the Munich conference on security policy in 2007, Putin harshly and, as he put it, with "gloves off," criticized US foreign policy and the notion of a unipolar world. He said that "a world of one master, one sovereign" is impossible in the modern world, that such a model is disastrous for all and has nothing to do with democracy, which those "who for some reason do not really want to study," are trying to teach Russia.