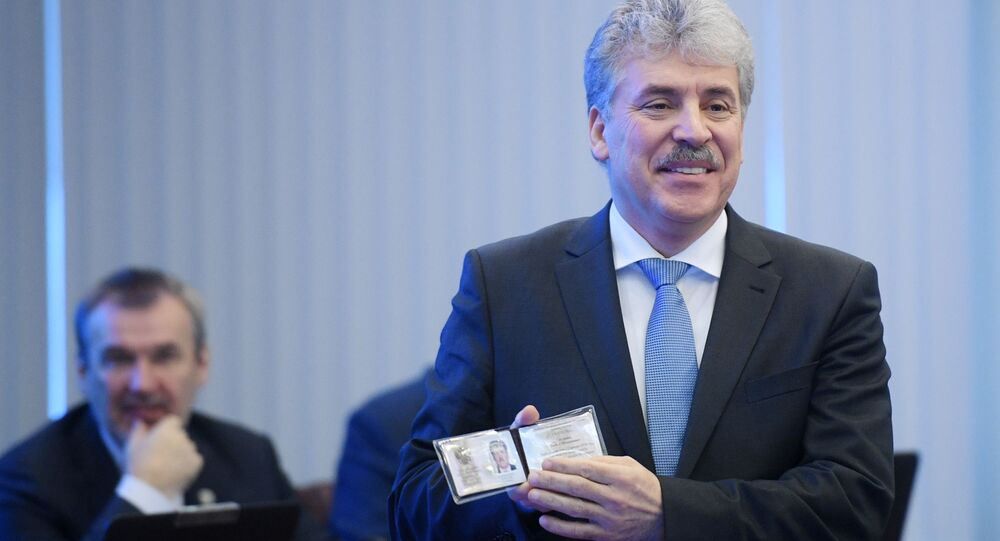 Pavel Grudinin: Wants Russia Out of the WTO

Sputnik presents the candidates of the 2018 Russian Presidential Elections, their bios and positions on domestic and foreign policy. Meet Pavel Grudinin, candidate for the Communist Party of the Russian Federation.

Biography: Born in Moscow in 1960. Started working as a loader at a State farm as a child. Upon his graduation as an engineer, he spent decades working at the Lenin State Farm outside Moscow. In 1995, he was elected the farm's director. Active in politics since 1997, when he was elected for the first time to the Moscow Regional Duma. In December 2017, the congress of the Communist Party of the Russian Federation (KRPF) nominated him to be its candidate for president.

Foreign policy: Pavel Grudinin believes that Russia needs a "fundamental" idea that would "unite" everyone, so that other countries, as during Soviet times, "would like to come to us." "We are indeed a great power," he notes.