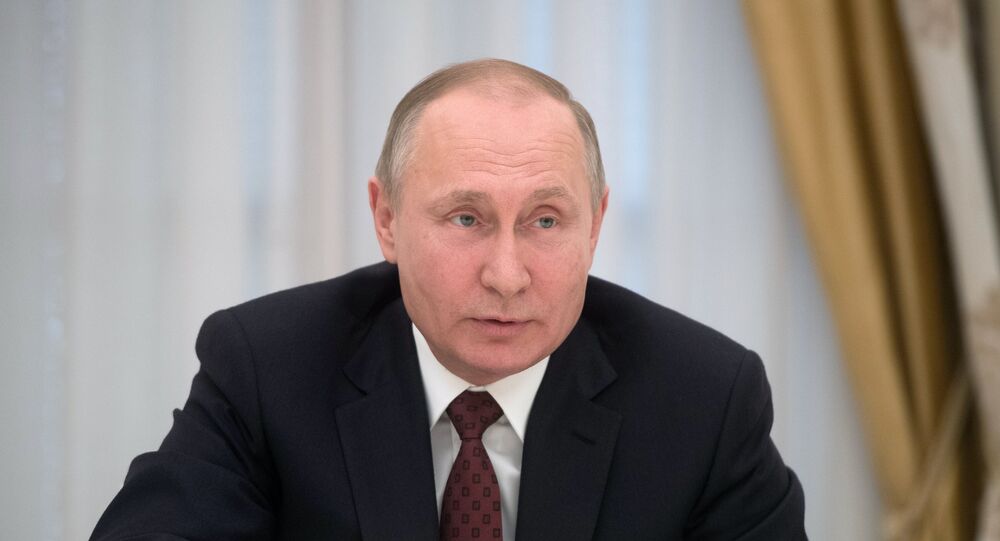 Putin: Russia Will Not Participate in Arms Race (VIDEO)

Russian President Vladimir Putin has met with the former presidential candidates in Moscow following his victory in Sunday's election.

"We will certainly pay the necessary attention to further strengthening the country's defense capability, but I want to tell you right now: no one is going to launch some kind of an arms race," Putin said at a meeting with other Russian presidential candidates.

Putin added that Russia will keep the plans to reduce defense spending in 2018 and 2019 as the main expenses to upgrade main types of weaponry were incurred in the past few years.

"We have everything we need, we are secure in this sense, and we will be implementing all our goals at a steady, planned pace," the president stressed.

Putin has called for his former rivals during the presidential race to push party or group interests aside as all efforts must be focused on the long-term national interests.

"For all of us, it is very important to unite efforts of all political parties, public organizations and the society in general to implement the positive agenda, to overcome the challenges that Russia faces. These decisions might be difficult, the solutions that require additional explanations, I very much would like us to always be guided by long-term interests of Russia and the Russian nation, while the group or party preferences should always be pushed aside. This is always difficult, but I urge for an open, honest dialogue aimed at long-term national interests," Putin said.

© Sputnik / Evgeni Biyatov
Western Efforts to 'Demonize' Putin Unify Russians - Russian Lawmaker
Emphasizing the importance of struggling for the country's national interests, the president noted that Russia will do everything to ensure that all disputes with its partners in the international arena are resolved through political and diplomatic means.

According to Putin, Russia seeks a constructive dialogue with all countries, but it is necessary that all parties are interested in it.

"We will strive for constructive dialogue and will incline our partners to do so. But, of course, not everything depends on us. This is similar to relations between people, as it is necessary that those in love show interest in a relationship, otherwise there is no love at all," Putin went on saying.

On Sunday, Russia held its presidential election. According to the Russian Central Election Commission (CEC), Putin secured over 76 percent of the vote with nearly all ballots processed. It is the highest support numbers Putin ever got in the elections.