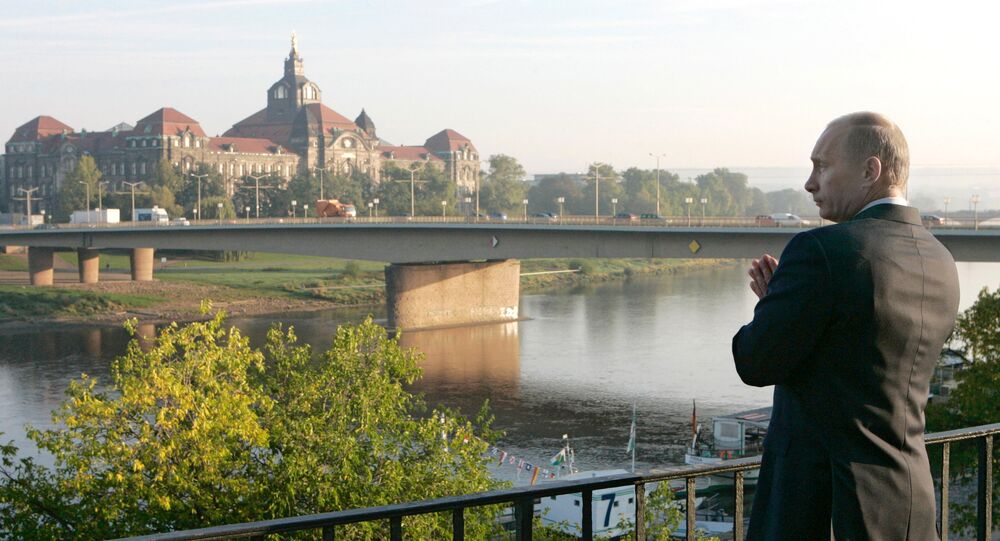 On Sunday the Russian presidential race reached its culminating point with most of the nation's 110 million eligible voters casting their ballots for the next president of the world's largest country. Sputnik spoke to Vladimir Golstein, an associate professor of Slavic Studies, on challenges facing Russia economically and politically.

Sputnik: What do you make of the coverage of the election?

Vladimir Golstein: The devil is in the detail, the interesting thing is how many votes Putin's key opponent Grudinin gets. Grudinin has presented himself as a Communist but he has more or less stressed his domestic agenda and the little reorientation of Russia from the West, more concentration on domestic policies. So the big question will be what percentage of votes he'll get.

There will be a referendum on Putin's domestic policy; the problem is that most Russians agree with his foreign policy — except for the liberals who will get 0.5 percent of the vote — but there are a lot of issues with domestic policy, a lot of people complaining about corruption. People complain about distribution, complain about lack of growth, these are the issues he'll have to address, sooner or later

Sputnik: How important is this election domestically for Russia in terms of the challenges the country is facing economically and politically?

© Sputnik / Evgeni Biyatov
'We Need a Leap Forward': Putin Adresses Rally Amid Projected Landslide Win (VIDEO)
Vladimir Golstein: I think it's very important, for the next election — and I'm not sure Putin will run — but domestic policy will decide everything; in foreign policy, as I said, people support [Putin] and every aggressive action by foreign governments, like England or United States and other countries, brings people to Putin. But sooner or later people will say: we need economic growth, we need more jobs, we need more income, we need more social equality. Either Putin will address it and — if he solves it, then his heir will go on — or he will be challenged next time, his party will be challenged and their policies will be challenged. What we saw in these elections, there were some representatives of liberals, there was cteh Communist Grudinin, but there were no strong candidates from the nationalist right. The nationalist right has a voice in Russia, they are not happy with the endless bullying of the West, they want Russia to concentrate on growing the economy, so it's interesting that we didn't see this time a strong right-wing candidate. But I think one will emerge to challenge Putin from the right, not from the left.

Sputnik: What impact will the election results have on Russia's relations with the West, especially with the growing tensions between the London & Moscow?

Vladimir Golstein: I don't think it will have any result. Russians are already used to this endless bullying from the West, they dismiss it and they see it as totally ridiculous and not addressing the real issues. So I don't think it's going to get any change. Putin has an unbelievable mandate, people approve of his policies, so he is not going to bend over and please England for no reason, or the United States — that's the surest way for him to lose popularity and support. So I don't think it will change in terms of his foreign policy at all.

'Putin is Popular With Russians Because He Stabilized the Country' - Professor