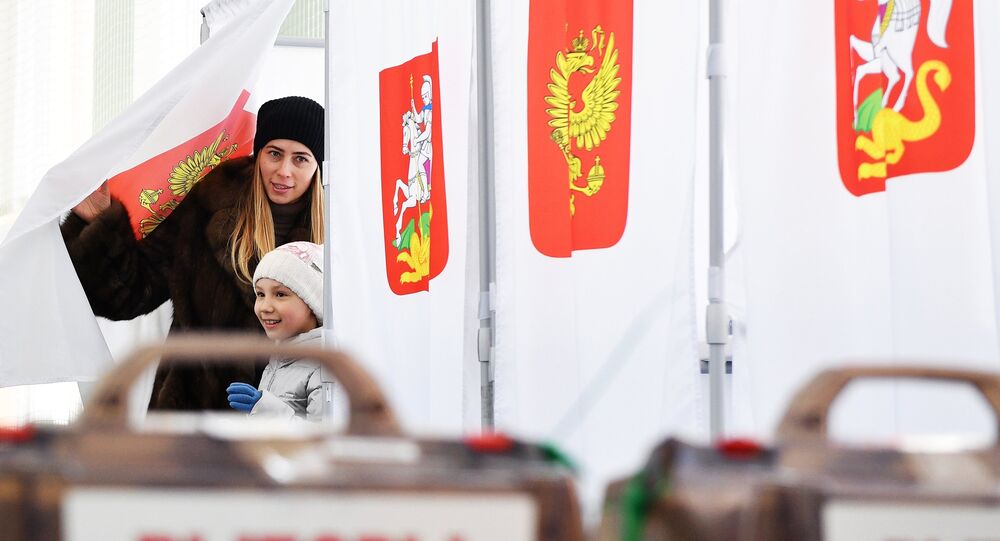 'Russia Has Same Democracy as Spain, France or Any Western Country' - Observer

Two observers monitoring the presidential elections in Russia said that there is no doubt that the elections are taking place in a democratic and legitimate atmosphere. Stasa Kosarac and Pedro Mourino, in a conversation with Sputnik, described the elections as “cheerful” and “ideal.”

Deputy Chairman of the BiH PA House of Peoples of Bosnia and Herzegovina, Stasa Kosarac, said, “No doubt, we are seeing a high level of democracy in Russia. Due to the atmosphere created, over 1,500 international observers were involved in monitoring the electoral process, which indicates the desire to hold elections in an honest and democratic atmosphere.”

He said that March 18 was a celebration of democracy all over Russia. “We analyzed the situation at three polling stations near Moscow: citizens were calm, dignified and, as I have already said, in a festive atmosphere, they fulfilled their civic duty,” Kosarac said.

© Sputnik / Vitaly Ankov
Russian Election: 'Reaction of Int'l Community to Be Shaped by MSM' - Analyst
The deputy chairman went on to say that he witnessed new technologies that have never been used in his own country, such as ballot boxes with scanners.

According to Kosarac, such ballot boxes are a good practice, and he would very much like to use such technologies in the elections in his own country.

“But what really fascinated us is the cheerful atmosphere. We saw souvenirs being sold near the polling stations and national dishes being prepared. So our impression is positive,” Kosarac said.

Mourino, who is overseeing the elections in the Dmitrov district of the Moscow region, described the organization of the elections as "very good" and "ideal."

© Sputnik / Natalia Seliverstova
US Uses Salisbury Case 'to Gin Up Anti-Russian Hysteria' Amid Election - Analyst
He noted that "from the most of the electronic devices connected to the Internet one could see most of the polling stations, as the video surveillance systems were installed in the last presidential election".

Mourino also noted that a new electronic system for filing and counting votes was introduced in these elections, "which largely ensured the automation and transparency of the process."

He stressed that this was not the first elections he has observed in Russia, as he was there during the previous presidential elections, for the elections of the State Duma and during the regional elections.

© Sputnik / Iliya Pitalev
DW's Democracy Lesson: How Germany Meddles in 2018 Russian Presidential Vote
According to Mourino, the electoral process in Russia "is more or less in line with international standards with minimum conditions that are necessary for the elections to be legal and legitimate".

He went on to say that in Russia there is the “same democracy as in Spain, France or any other Western country.”

Talking about a large number of international observers who came to Russia [about 1,500 people], Mourino said that events in Russia always cause great interest, because it is one of the most important countries in the world.

“It is one of the global powers, which determine the world climate, and, consequently, what is happening in Russia is important not only for Russian citizens, but for the whole world, especially for its European neighbors,” Mourino said.