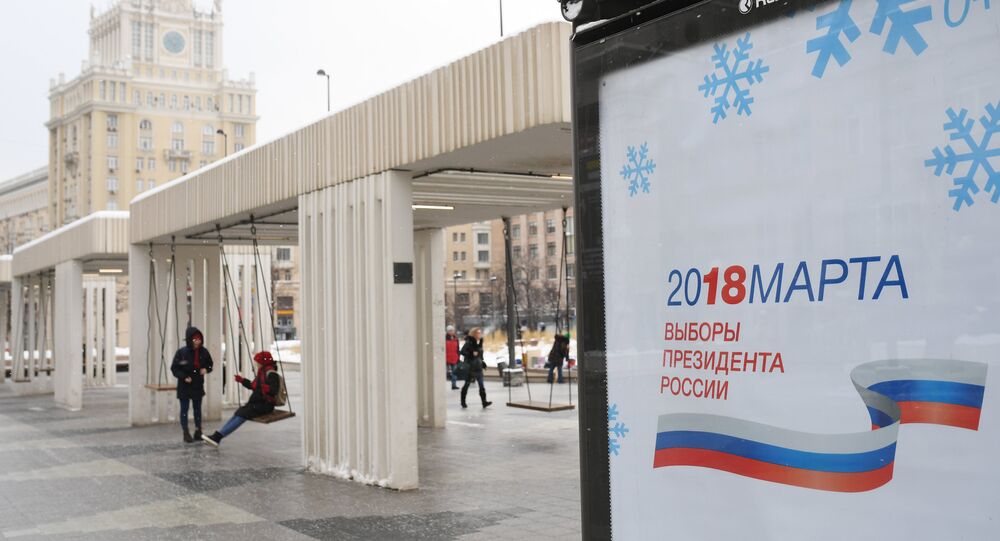 MOSCOW (Sputnik) - Foreign observers have praised the Russian electoral system which respects both the rights of voters and the candidates at a meeting with Konstantin Kosachev, the chairman of the Russian upper house's Foreign Affairs Committee.

Russian electoral law gives equal opportunities to voters to exercise their rights and to candidates to show their abilities, Bakytzhanov Zhumagolov, a member of the committee on the social-cultural development and science in the Kazakh Senate, said at the meeting with Kosachev.

"The law fully allows the implementation of the rights of the voters. It also gives rights to each of the candidates to exercise their abilities. It gives them an equal opportunity to do so," Zhumagolov said.

The official also welcomed the decision of the Russian government to allow the international observers to visit any voting place of their choosing.

Danzan Luzhedanzan, the head of the delegation for the international observers from Mongolia, stressed the legitimacy and transparency of the organization of the election.

"Everything is according to the law, according to international laws, and fair," Lundezhanzan said at the meeting.

According to Duarte Pacheco, the chair of the geopolitical group for the Inter-Parliamentary Union Twelve Plus group, the Russian election system seems to be more fair than the US one.

"The system is more fair than the American one because the votes are equal," Pacheco said, when commenting on how the Russian electoral system works during a presidential election.

Pacheco also expressed interest in learning from his experience as an international observer in the Russian election.

Jomo Archibold Nyambi, the head of the delegation of international observers from South Africa, also expressed his respect for the Russian electoral system and pledged to invite the observers from Russia to his country's next presidential election.

"Next year 2019 we will have our own election… We will extend to you [an invitation] to come and observe our elections," Nyambi said.

The innovations in the Russian voting system allowing citizens to vote at a polling station they choose are good, if the system proves to be successful, deputy speaker of Azerbaijani parliament and the head of the group of international observers from the Interparliamentary Assembly of the Commonwealth of Independent States (IPA CIS) Ziafat Askerov, noted.

Possible Interference in the Election

Russia expects interference in the presidential election from Western states, and is therefore, seeking to ensure the maximum number of international observers at the vote, Kosachev said.

"We expect further intervention in our election, from the West… specifically through discrediting the results of the election. This is why we are interested in the maximum number of international observers taking part," Kosachev said.

The Ukrainian Interior Ministry threatened on Friday to prevent Russians from casting ballots in the Sunday presidential election at the polling stations to be opened at the Russian Embassy in Kiev, and at the consulates in Odessa, Lviv and Kharkiv. The ministry explained the decision by Russia’s plans to organize the electoral process in Crimea, which Kiev considers an occupied territory. Moscow characterized the move as a blatant violation of basic international norms and Kiev’s obligations under multilateral and bilateral conventions and agreements.

"The US and other Western countries… create problems for Russia and place pressure on the Russian people to choose their president," Nasir said.

Nasir expressed hope that the election would take place positively and that "the Russian people tomorrow will have a national holiday."