People who turn up at polling stations during Sunday’s presidential elections will have a chance to take part in flash mobs, get to taste a “presidential breakfast,” drink tea from a 200-liter samovar and enjoy concerts by top performers among many other equally pleasant and useful things.

In Magadan, voters will have a chance to entertain their palates with a variety of cakes, cookies and sea food offered them by local caterers. Also on offer will be master-classes given by local pancake and cookie makers.

Voters in Krasnodar region will be offered traditional cups of team from giant, 200-liter samovars.

In Yakutia and Chukotka people will brave freezing temperatures of minus 20 degrees Celsius to play hockey. 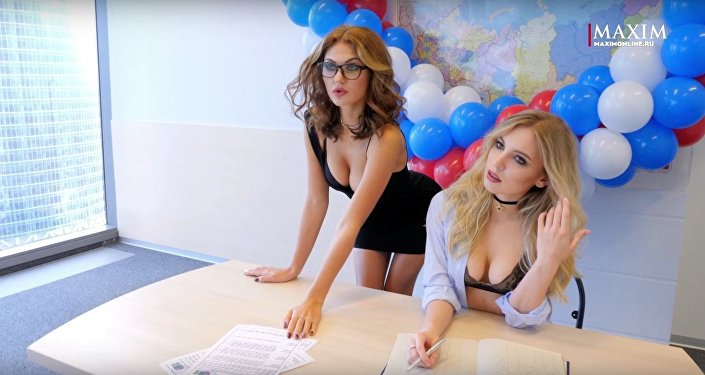 © Photo : YouTube/MAXIM Russia
Adults Only: Russian Magazine Urges People to Vote in Presidential Elections in Very Sexy Way (VIDEO)
In Yekaterinburg amateur pucksters will be vying for the top awards of a city championship playing in felt boots instead of traditional skates.

Russia’s Olympic capital of Sochi will see motorbike races by Russia’s junior teams be in a national orienteering competition.

In Pskov people will have a free opportunity to learn the art of plaiting decorative belts using the ancient “small boards” technique and also the art of basket weaving.

In Novosibirsk, Election Day festivities will culminate in a colorful salute which will light up the city center.

Up to 500,000 Russians May Be Vacationing on Election Day – Election Commission