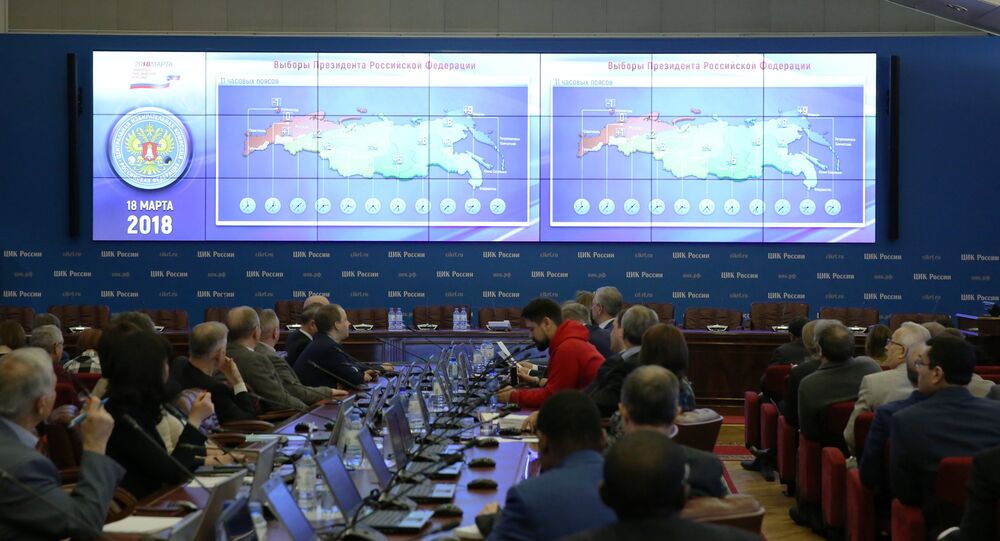 MOSCOW (Sputnik) - More than 1,500 foreign observers have been accredited to monitor the Russian presidential election, which is an absolute record in the country's history of presidential voting, Konstantin Kosachev, the chairman of the Russian upper house's Foreign Affairs Committee, said Saturday.

"The total number of international observers accredited for the Russian presidential election has surpassed 1,500. That is an absolute record, [since] there were slightly over 1,000 at the previous presidential election," Kosachev said at a meeting with the observers from the Interparliamentary Assembly of Member Nations of the Commonwealth of Independent States.

According to Kosachev, such a high number indicates great international interest in the forthcoming vote as well as the maximum openness of Russia, which is seeking to ensure as wide representation of international observers as possible.

The lawmaker also specified that the invitations had been sent to 41 national parliaments, six international organizations and over 500 foreign politicians and public figures.

"We were guided by our own contacts as well as recommendations of Russian and international non-governmental organizations," he noted.