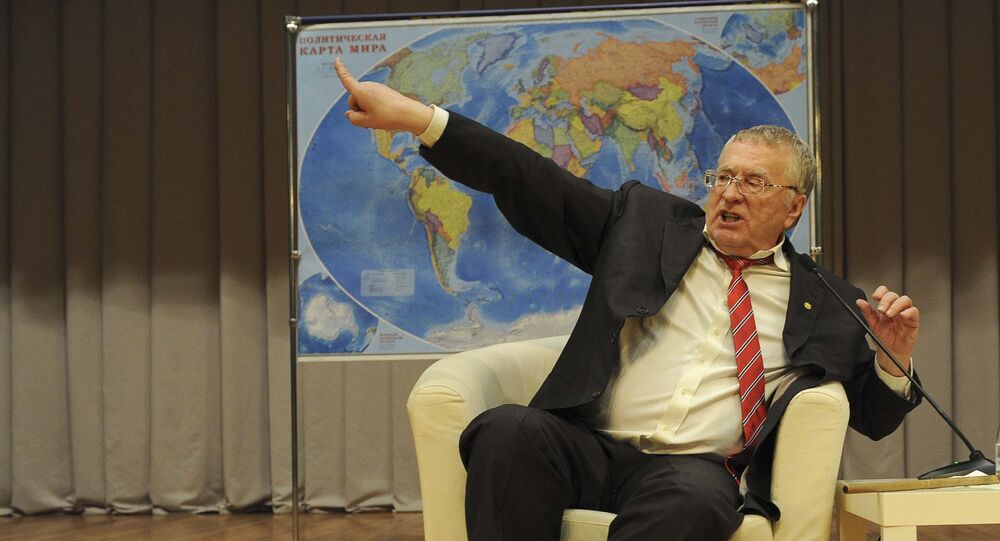 The veteran politician is confident that this is the only way to change the situation in the country and to punish those responsible for current problems.

"I'm going to use force to change the situation in the country. I'm going to punish everyone — the oligarchs and all who steal budget money. I will return all the money that has poured abroad. This is an impossible task for democracy to cope with, so I'll establish the most ruthless dictatorship," Vladimir Zhirinovsky said during a presidential debate.

If you thought Donald Trump made some tough election pledges, you may be surprised by promises the candidate from the Liberal Democratic Party of Russia Vladimir Zhirinovsky can make. During the presidential debate on a national TV channel he announced his intention to introduce "the most ruthless dictatorship" in order to fix the situation in the country, by punishing oligarchs and corrupt officials.

Among his other ambitions is to establish a two-party system, when "Russia has become a wealthy country." According to him, all future presidents ought to be elected from candidates representing these two parties.

Zhirinovsky is a veteran of Russian politics and is well known for his radical proposals to all sorts of issues in the country, as well as for his harsh rhetoric. During the last presidential debate he hurled a host of obscene slurs at another candidate, Ksenia Sobchak, prompting her to throw water in Zhirinovsky's face.

The Dinosaur of Russian Politics: Zhirinovsky to Run for Presidency for 6th Time