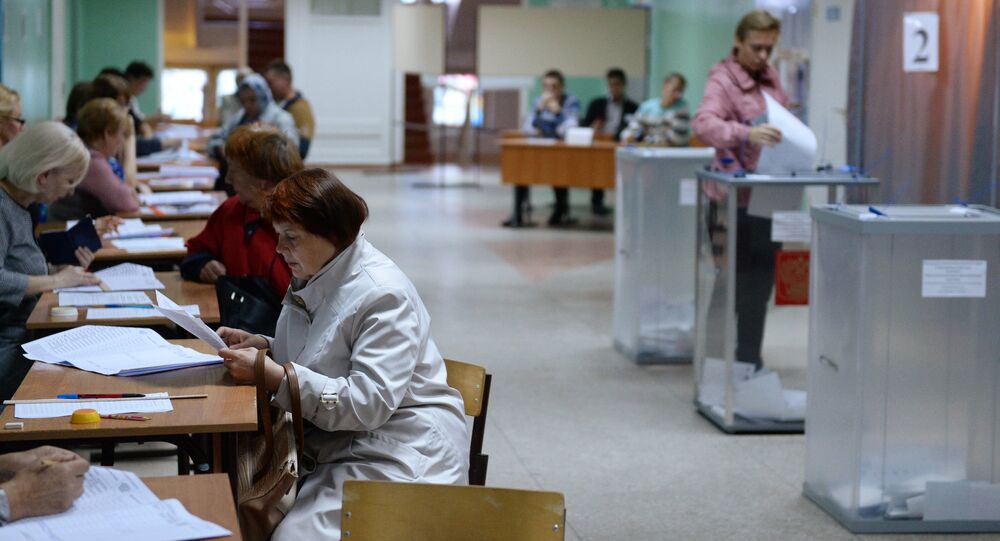 The poll was conducted by phone on February 19-26 among 7,000 adult Russians with a margin of error below 1.2 percent.

Answering the question "Will you take part in the presidential election, which will take place in March 2018, or not?" 81.7 percent of respondents said they would "certainly" or "most likely" vote, up 0.6 percentage points from last week's result, the pollster said.

"For the fourth week in a row, Russians are increasingly willing to take part in the vote. Though the intention is just a declared one, the figures indicate an increase in Russians' interest in the elections," VTsIOM's chief political analyst Mikhail Mamonov said, commenting on the results of the poll.

© Sputnik / Maxim Blinov
Russian Presidential Candidate Grudinin Would Agree to Become Prime Minister
Meanwhile, around 70 percent of Russians would vote for incumbent president Vladimir Putin in the upcoming presidential election, a survey revealed. Answering whom of the eight candidates they would support if the election was held next Sunday, 69.1 percent of respondents chose Putin, the pollster said.

According to VTsIOM's data, Putin has been enjoying the support rate of around 70 percent over the past months. His rating peaked at 76.9 percent in August.

Additionally, 1.6 percent of those polled are ready to cast their ballots for Civic Initiative party candidate Ksenia Sobchak.

The remaining candidates — Sergey Baburin, Maxim Suraykin, Boris Titov and Grigory Yavlinsky — are each supported by less than 1 percent of Russians, the poll revealed.

The previous presidential election in 2012 saw a turnout of roughly 65 percent.

Over 1.3Mln Russians to Vote Outside Permanent Residence – Election Commission

Putin: Any Rallies During Election Period Should Be Held Within Framework of Law

Who's Who in the Russian Presidential Election