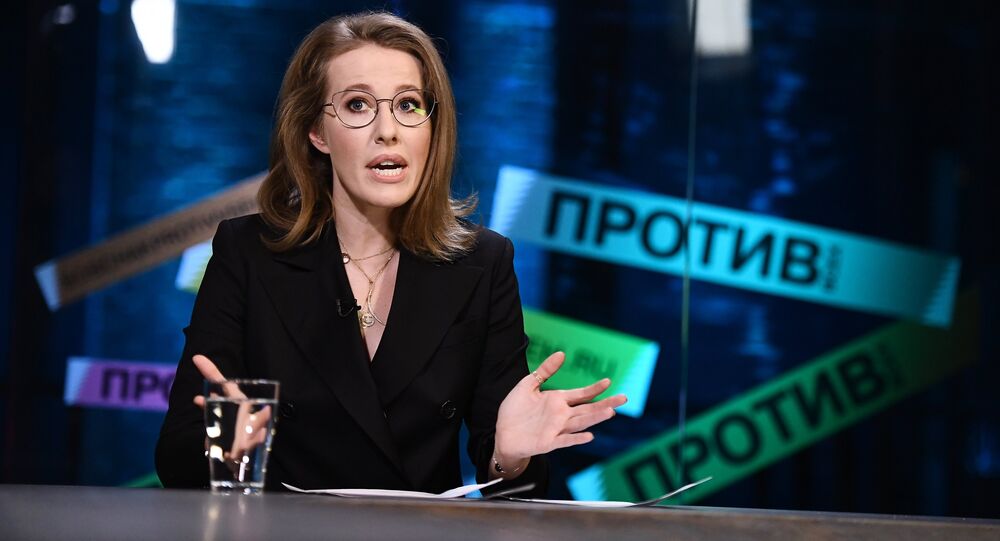 'F*cking Wh*re': Presidential Candidate Gets 'Cooled' With Water During Debate

After being called an idiot multiple times, the only female participant in the Russian presidential debate decided to “cool down” the offender by pouring a glass of water on him. That didn’t help at all.

Head of the Liberal Democratic Party of Russia and presidential candidate Vladimir Zhirinovsky has always been known for his explosive behavior and most of his opponents don't usually try to calm him down, knowing it is useless. But during the last debate, one candidate, the only woman on the list, Ksenia Sobchak, decided to calm down the veteran politician during his verbal onslaught on another candidate and unleashed hell, being called an idiot several times.

What Zhirinovsky didn't expect is to get instant revenge in the form of a glass of cold water, which Sobchak poured on him to "cool him down." That didn't work. On the contrary — all hell broke loose and the politician went as far as to call her all sorts of names, even words banned on TV (such as f*cking wh*re, crazy b*tch), ignoring the fact that he is taking part in a debate among presidential candidates that the whole country will see.

A spokesperson from the Liberal Democratic Party accused Sobchak of provocative actions and of groundlessly calling their candidate a "clown" at the beginning of her speech. Sobchak shared her feelings concerning the incident, noting that she had to "cool down" the old man to prevent him from having a heart attack. When asked about the episode, her husband replied that he has nothing to say to Zhirinovsky as he is just an "old, delusional moron."

The Dinosaur of Russian Politics: Zhirinovsky to Run for Presidency for 6th Time

Ksenia Sobchak: A Candidate 'Against Everyone'