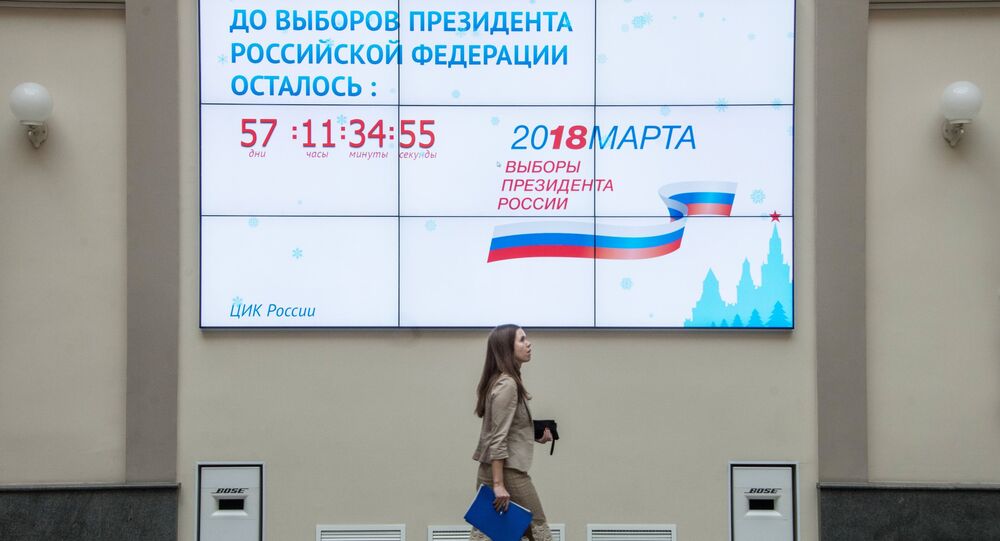 "You will see the videos on February 19," Andrei Kondrashov told reporters.

The official added that Putin's authorized representatives would not be in the pre-election videos, because Russia's legislation prohibits such activities.

© Sputnik / Ramil Sitdikov
Russian Election Commission Calls Current Presidential Campaign 'Most Proper'
The Russian presidential election is scheduled for March 18, while the official campaign kicked off on December 18. Media campaigning is set to begin on Saturday and to last until March 17.