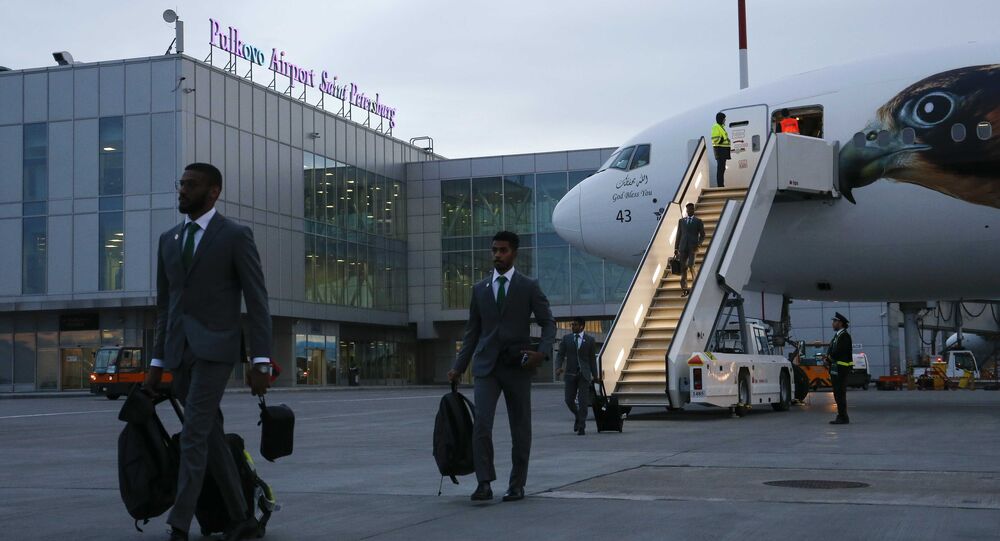 Monday an apparent engine fire occurred on a plane carrying Saudi Arabia's players to a World Cup match with Uruguay. The aircraft, however, landed safely in the Russian city of Rostov-on-Don.

Addressing the incident with the Saudi national football team's plane, Aeroflot expert Roman Gusarov told Sputnik, that the issue was minor and had obvious reasons.

"As far as I know, the preliminary version says it was a bird. As a matter of fact, I'm sure about that, because an aircraft engine can catch fire only on two occasions — due to an engine stalling — internal impact, which destroys the mechanism, or due to a bird hitting an engine," Gusarov said.

According to the expert, it is a pretty common situation, with more than 1,000 similar incidents registered every year.

"Earlier, in the 20th century, such cases were considered an emergency situation, but nowadays they don't cause any panic on board. Modern aircraft, including the one of the Saudi football team, can get to the destination point even with a single engine," Gusarov concluded.

The case is being classified as "incident" by The International Civil Aviation Organization and therefore Rosaviatsiya stated, that it would be investigated.

© AFP 2019 / Fayez Nureldine
Russia's Aviation Watchdog to Probe Incident on Saudi Football Team's Plane
Upon landing, the Saudi Football Federation issued a statement, saying that everyone on board was safe, while the fire was just a minor failure. Team Captain Osama Hawsawi and player Hatan Bahbir, who were on board later made videos in order to calm the fans.

The Saudi team was traveling on a Rossiya Airbus A319 from St. Petersburg to Rostov-on-Don, where they are due to play their second Group A match against Uruguay on Wednesday.