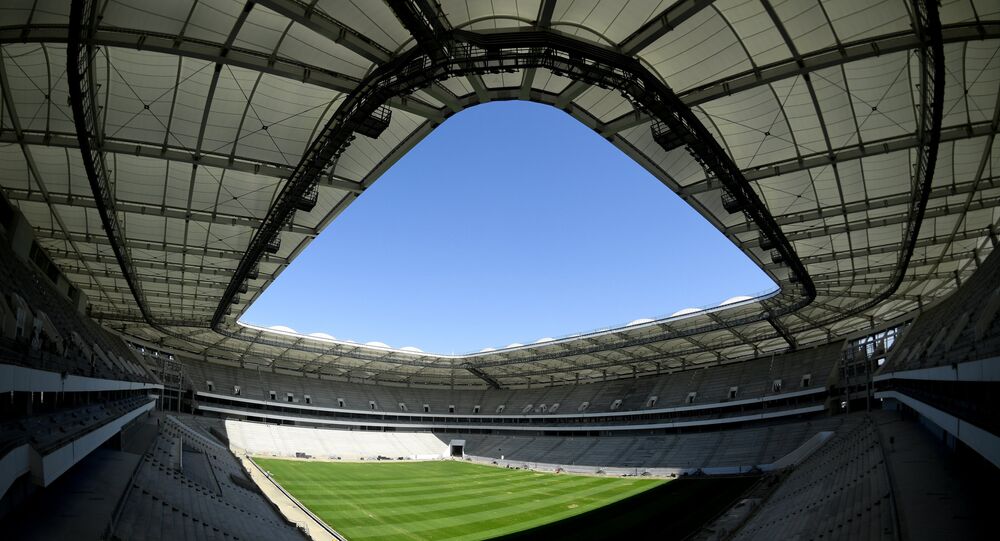 Some media outlets have recently reported that beer will be banned in the Rostov-Arena stadium in the Russian city of Rostov-on-Don during 2018 FIFA World Cup matches. However, it seems that all those football fans who like the foamy beverage can take sigh of relief.

FIFA has confirmed that it has the right to sell beer at stadiums in all Russian cities which will play host to the upcoming 2018 FIFA World Cup.

"In line with the Federal Law No. 2013-FZ issued in 2013, FIFA is allowed to sell beer on public concession stands of stadiums during the 2018 FIFA World Cup before and during each match, as well as within the FIFA Fan Fest events," a FIFA statement was quoted by Russian media as saying.

Earlier, a number of media outlets reported that during the 2018 FIFA World Cup matches, the sale of beer will be prohibited at the Rostov-Arena stadium in the Russian city of Rostov-on-Don.

11 Russian cities, including the capital Moscow, as well as Rostov-on-Don, Kaliningrad, St. Petersburg, Volgograd, Kazan, Nizhny Novgorod, Samara, Saransk, Sochi and Yekaterinburg will host matches of the 2018 FIFA World Cup, due to be held from June 14 to July 15.