Garland and Lee will discuss the latest leaks published by the Washington Post of Pres. Trump’s conversations with foreign leaders. Then, they talk about Gen. H.R. McMaster shaking up the Trump White House with three key firings in the past few days. In the final segment they ask who’s to blame for relations with Russia being at an all-time low. 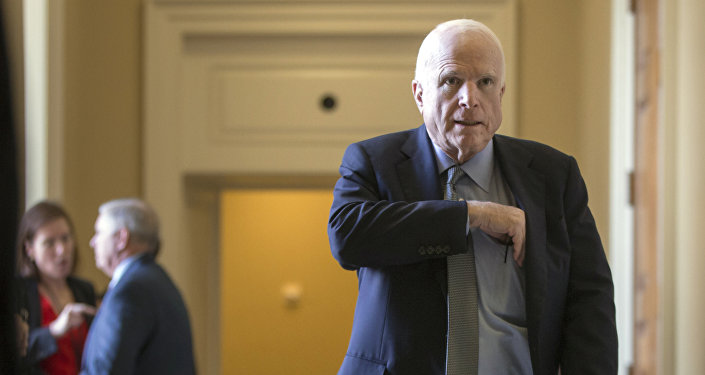 © AP Photo / J. Scott Applewhite
McCain Strikes Back at Trump Blaming Congress for Bad US-Russia Ties
In round one of today's show, Garland and Lee discuss the latest leaks published by the Washington Post with transcripts of Pres. Trump's conversations with foreign leaders. Is the media reporting the story accurately and can the Trump administration do anything to get the leaks under control?

In round two, National Security Advisor H.R. McMaster is shaking up the Trump White House with three key firings in the past few days; Trump supporters should be furious about it. Is it time for McMaster to go?

And in the third round, the president has tweeted that relations with Russia are at an all-time low. Meanwhile, the Russian foreign minister has called the Trump administration weak for caving to Congress on Russia sanctions. As Sen. John McCain fires back, who is to blame the situation with Russia?