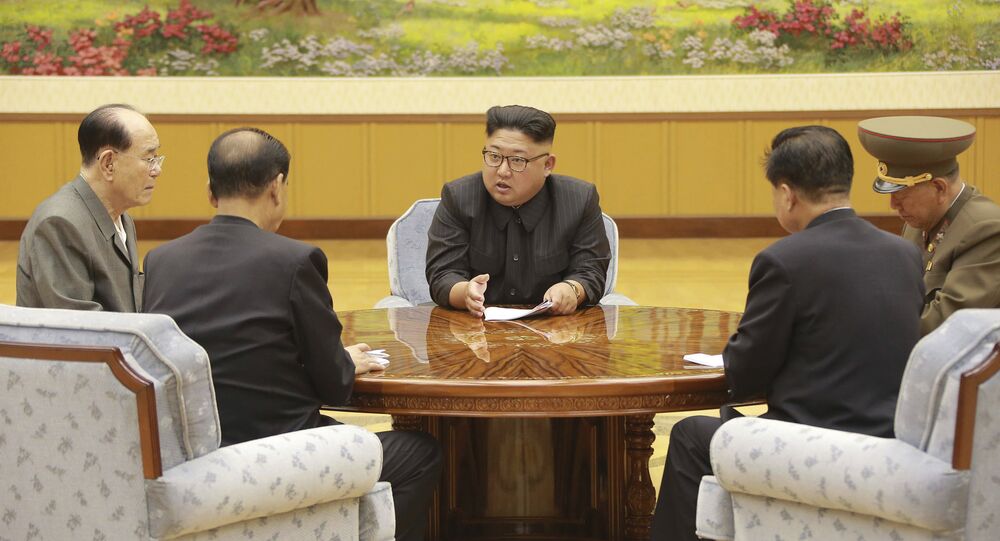 North Korea Extremely Interested in Direct Dialogue With US - Moscow

According to the Russian Deputy Foreign Minister, despite North Korea's strong desire to engage with the US, it is very unlikely Washington has enough political will for this.

MOSCOW (Sputnik) — Pyongyang is extremely interested in direct dialogue with Washington, but there is no certainty that the Donald Trump administration has enough political will for this, Russian Deputy Foreign Minister Sergey Ryabkov told Sputnik on Wednesday.

"Pyongyang is extremely interested in direct dialogue with Washington. I do not have confidence that the US administration has the political will and the determination to enter into such dialogue," Ryabkov said.

According to the US State Department, US Special Representative for North Korea Policy Ambassador Joseph Yun is currently in Moscow to discuss the North Korea issue with Russian officials.

Ryabkov also added that Pyongyang is moving in the direction of constant improvement of its ballistic missile program.

On September 3, North Korea said it had successfully tested a hydrogen bomb that could be mounted on an intercontinental ballistic missile. A week before that, Pyongyang launched a missile, which flew over Japanese territory. The UN Security Council held urgent consultations the following day to consider undertaking further steps on North Korea.

On Monday, the United Nations Security Council unanimously agreed to boost sanctions against North Korea, introducing a ban on the country's textile exports and a cap on crude oil imports, while also forbidding imports of all condensates and natural gas liquids.