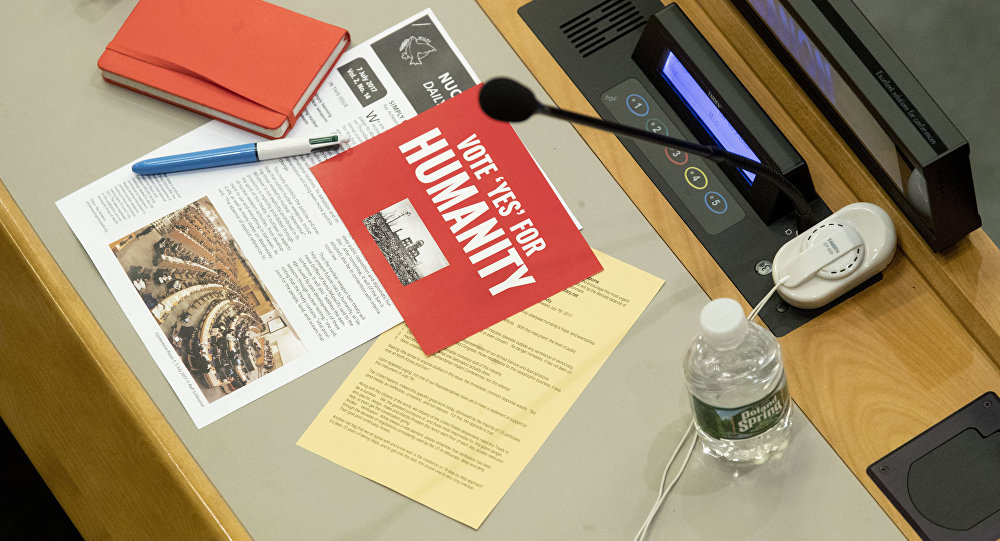 Director of the Russian Foreign Ministry's Department for Non-Proliferation and Arms Control Mikhail Ulyanov says that the proposal to destroy global nuclear arsenals is irresponsible since nuclear weapons are objectively one of the guarantors of international security.

MOSCOW (Sputnik) — Director of the Russian Foreign Ministry's Department for Non-Proliferation and Arms Control Mikhail Ulyanov said on Tuesday that the Treaty on the Prohibition of Nuclear Weapons (TPNW), which was passed in the United Nations this year, is contrary to Russia’s national interests.

"It [TPNW] contradicts Russia's national interests and our vision of how to move toward nuclear disarmament. We have always confirmed that we share the goal of creating a nuclear-free world, joined a number of politically binding declarations on this matter, but we have repeatedly emphasized that this is a long-term goal, the way to which should be phased, and that the work in this direction should be pursued in terms of strengthening strategic stability and taking into account the national security interests of all countries, including, of course, Russia," Ulyanov said in an interview with the Kommersant newspaper.

It is rather irresponsible to call for complete destruction of global nuclear arsenals in the current political environment characterized by unpredictability, violence and  conflicts, Director of the Russian Foreign Ministry's Department for Nonproliferation and Arms Control, Mikhail Ulyanov, said.

© REUTERS / KCNA
Diplomatic Solution: Russia, China Unite for Peace on Korean Peninsula
"The reduction of nuclear arsenals does not happen in a vacuum, but in a modern world that is very far from being perfect. It is becoming more turbulent, conflict-ridden and unpredictable," Ulyanov said in an interview with Russia's Kommersant newspaper.

"Therefore, we call for a more sober and realistic approach to the task of nuclear disarmament… Under current conditions, it is not serious, even irresponsible to raise the issue of total destruction of nuclear arsenals. Nuclear weapons are objectively one of the guarantors of international security. Someone may not like it, but this is the current reality," the Russian diplomat stressed.

On the issue of North Korea Mikhail Ulyanov said in an interview that Pyongyang primarily bets on nuclear weapons and ballistic missiles due to lack of reliable international guarantees for its national security.

"We unequivocally condemn the line of conduct chosen by Pyongyang, but we must realize that in the absence of truly reliable international legal guarantees for its national security, North Korea relies on nuclear missile weapons, treating them primarily as a deterrent tool," Ulyanov told the Kommersant newspaper. 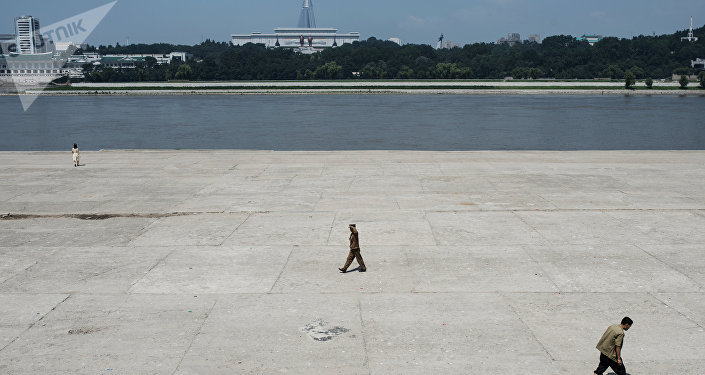 © Sputnik / Iliya Pitalev
Moscow 'Removed All Unacceptable Points' From UN Resolution on North Korea
Many Western countries do not seem to understand this or do not want to understand it, he added.

However, Russia continues to regard North Korea as a party to the Treaty on the Non-Proliferation of Nuclear Weapons (NPT) as Pyongyang violated withdrawal procedures, according to the Russian diplomat

"We continue to consider it [North Korea] as a party to the NPT as Pyongyang announced its withdrawal having violated the procedures envisaged by the treaty," Ulyanov told the Kommersant newspaper.

On September 3, North Korea said it had successfully tested a hydrogen bomb that could be mounted on an intercontinental ballistic missile. A week before that, Pyongyang launched a missile, which flew over Japan's territory. Pyongyang's ongoing nuclear and missile tests have been a source of concern for the states in the region and their allies, as well as for the international community on the whole.