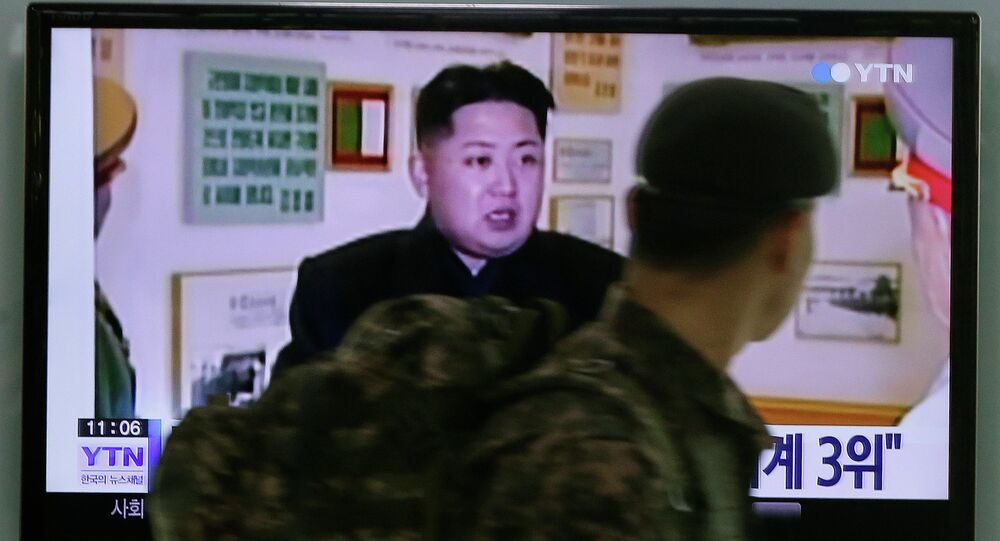 The North Korean envoy to Moscow has commented on the newly adopted UN resolution imposing more sanctions on North Korea.

The North Korean ambassador to Russia, Kim Hyun Joon, accused the United States of using Pyongyang's "self-defense measures" as a pretext to worsen the situation in the country.

"The US, instead of accepting the reality and making the right choice, is trying to use our justifyable self-defense measures as a means to completely strangle our country," the ambassador said at a news conference in Moscow.

© Sputnik / Iliya Pitalev
Moscow 'Removed All Unacceptable Points' From UN Resolution on North Korea
The diplomat also said that by initiating new sanctions against North Korea, Washington wants to relieve itself of responsibility as the main culprit of tensions on the Korean Peninsula.

"Today, the situation on the Korean peninsula is approaching the brink of war because of the hysterical US hype aimed at strangling N. Korea," the diplomat said at a gala reception on the occasion of the 69th anniversary of the Democratic People's Republic of Korea (DPRK).

He also said that Pyongyang is using the development of nuclear weapons for self-defense purposes and for protection against "hostile actions" by Washington.

© AFP 2021 / JUNG Yeon-Je
What's Behind British Claims of Russia, Iran Assisting N Korea in Developing Nuclear Weapons
"US-drafted sanctions resolution forcibly imposed on the UN Security Council, which turned into an instrument of the United States, is illegal. Therefore, we completely reject and strongly condemn this resolution," the ambassador said at a news conference.

"We have been living under US sanctions for decades," the diplomat said. "If the United States expects that we will […] change our position, it is a huge illusion."

© Sputnik / Iliya Pitalev
North Korea Vows to 'Make US Suffer the Greatest Pain' it Ever Experienced - Envoy
At the same time, the diplomat stressed that since the US challenged North Korea "in all areas," Pyongyang "is ready to resolutely respond to this," including "the most recent means."

At the same time, the diplomat reaffirmed that, despite restrictions on the part of the international community, Pyongyang will continue to strengthen its defense capabilities in the future.

The ambassador warned that Pyongyang would respond to US sanctions "with countermeasures by the North Korean design."

"The US will bear all the responsibility for possible deadly consequences," he stressed.