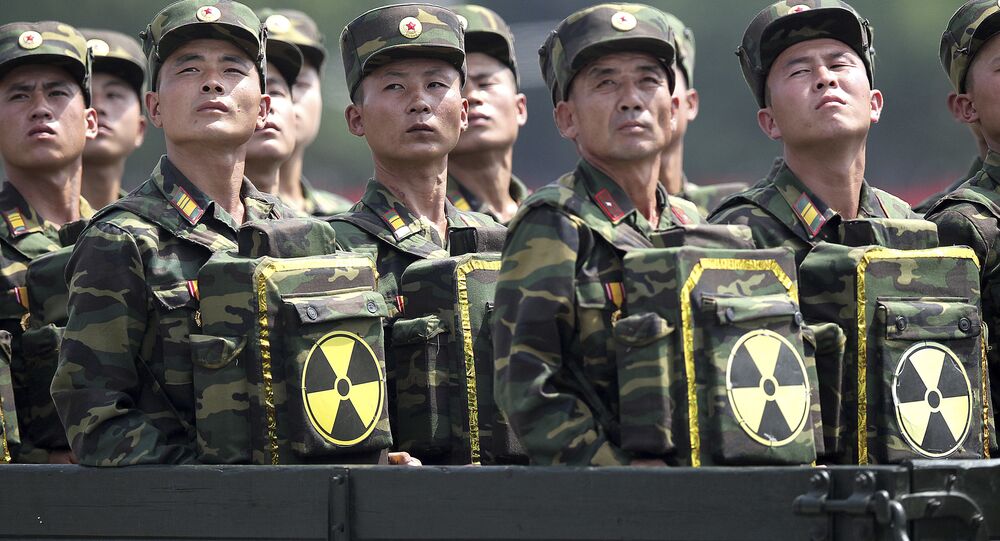 The South Korean Prime Minister's comments on the recently adopted UN resolution on North Korea, saying that the original tone of the document proposed by US had been toned down.

MOSCOW (Sputnik) — South Korean Prime Minister Lee Nak-yon spoke Tuesday in praise of the recently adopted UN Security Council (UNSC) resolution, which expanded economic restrictions on North Korea, but noted that the scope of the sanctions was significantly watered down.

Earlier in the day, the UNSC unanimously adopted a resolution drafted by the United States that introduced a new set of sanctions against North Korea, limiting the country’s exports and imposing a cap on oil imports. The final resolution imposed more lenient restrictions as compared to the initial draft, which called for an oil embargo on both crude oil and refined petroleum products, as well as urged prohibition of export of textiles from North Korea and freezing the assets of North Korean leader Kim Jong Un.

"Compared with the original draft proposed by the US, the resolution was toned down… However, it's just as well that the international community adopted this sanction resolution by consensus," Lee said, as quoted by Yonhap News Agency.

The head of the cabinet also stressed that Seoul was not intended to re-deploy US nuclear arsenal in the country, which was stationed on the Korean peninsula until well into the Cold War. The discussions about the possible return of the US nuclear weapons to South Korea intensified after Pyongyang announced carrying out its sixth nuclear test.

On September 3, North Korea announced it had successfully tested a hydrogen bomb that could be loaded onto an intercontinental ballistic missile. The UN Security Council held urgent consultations the following day to consider undertaking further steps on North Korea.

In June, Russia and China put forward a road map for the settlement of the crisis — the so-called double freeze plan – that provides for the simultaneous cessation of both, North Korea's nuclear activity and the US-South Korean military exercises. The initiative has been rejected by the United States.