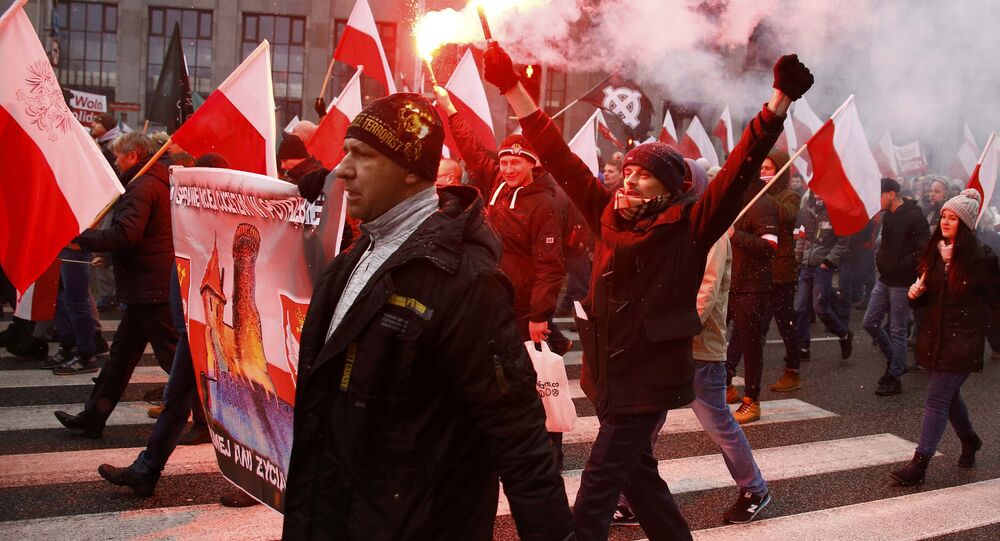 The desire of some Western states to downplay the role of the Soviet Union in World War II ultimately leads to them turning a blind eye to right-wing radical movements, Anatoly Viktorov, the head of the Russian Foreign Ministry's Department for Humanitarian Cooperation and Human Rights, said on Monday.

WARSAW (Sputnik) — Speaking on the sidelines of the Organization for Security and Cooperation in Europe's (OSCE) Human Dimension Implementation Meeting 2017 in Warsaw, Viktorov noted the increasing number of expressions of nationalism and neo-Nazism within the OSCE.

"The United States, Canada, and the European Union go so far in their desire to downplay the crucial part of the USSR in the victory in World War II that they close their eyes to these egregious cases and trifle with extremely radical forces," Viktorov told reporters, naming "the war against monuments," re-writing the history of World War II and glorification of the Nazi collaborators in Ukraine as examples.

"Moreover, our Western colleagues cynically justify such cases as freedom of expression and some sort of ‘right for one's own interpretation of historical events," Viktorov said.

In July, Polish President Andrzej Duda signed a bill on the prohibition of Communist propaganda, which could lead to the destruction of hundreds of Soviet-era monuments, and Ukraine adopted a package of laws on decommunization in 2015. The latter bans the use of Soviet symbols and stipulates the demolition of monuments commemorating communist figures and renaming streets and inhabited areas named after them.