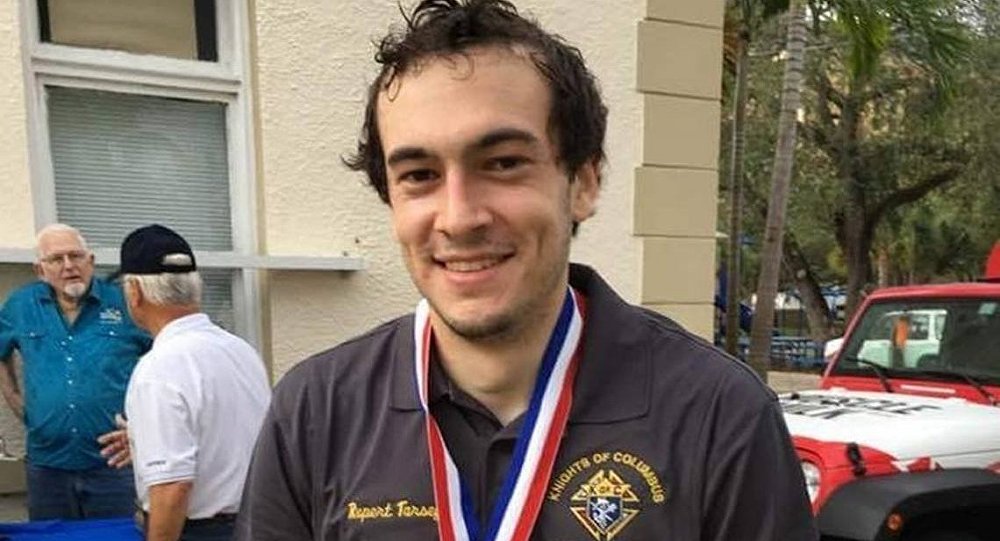 The current GOP Secretary for the state of Florida brutally attacked a woman with a hammer, hitting her at least 40 times, and got off with a misdemeanor, according to multiple reports.

While Hurricane Irma is currently making mincemeat of its coastline, and the strikingly polarizing US President Donald Trump brings questionable doings to its sunny beach resorts, Florida must now accept another body blow as new reports reveal that Rupert Tarsey — the Sunshine State's Republican Party Secretary — left a woman for dead after he brutally attacked her by hitting her at least 40 times with an ordinary claw-hammer, and he is totally cool with that.

According to multiple reports, the 28-year-old Tarsey, who changed his name from Rupert Ditsworth after his horrific crime, used his family name and resources to get off with a slap on the wrist for his insane behavior.

In 2007, Ditsworth/Tarsey, while a student at Los Angeles' expensive and exclusive Harvard-Westlake School, pleaded no contest to a simple misdemeanor after hitting a fellow student on the head over 40 times with a claw hammer. According to the affidavit, he then choked her and dragged her out of the car to leave her by the side of the road to die with her skull cracked open.

The victim astonishingly survived the attack. The six-foot, two-inch Ditsworth/Tarsey claimed that his atrocity was performed in self-defense.

Now the GOP — apparently incapable of vetting new hires — are desperate for Tarsey/Ditsworth to go away, preferably without any messy press.

Too late for that, folks.

Tarsey/Ditsworth, called on the carpet by the press and the public to resign, stated: "In the end, I pleaded no contest to a misdemeanor," adding, "It's not the charges that matter, it's what happens in court," cited by the Miami Herald.

"Why should I resign? I did nothing wrong and I was elected. This is just party politics," declared the wealthy scion of a famous family from his $2 million beachfront condominium in the state.

"We were blindsided," Sutton said, adding, "He's a member of the Knights of Columbus, for Christ's sake."

"He came highly recommended by the former [Republican] chair. We had no idea what his background is. We want him out but he is refusing to resign. He deceived us. It looks like he even used a reputation management firm to make sure we wouldn't find out who he is," the GOP chair said.

Sutton suspended Ditsworth/Tarsey from all GOP functions on Tuesday but the belligerent attacker is resisting efforts to get him to step down.

Maybe they need a bigger hammer?