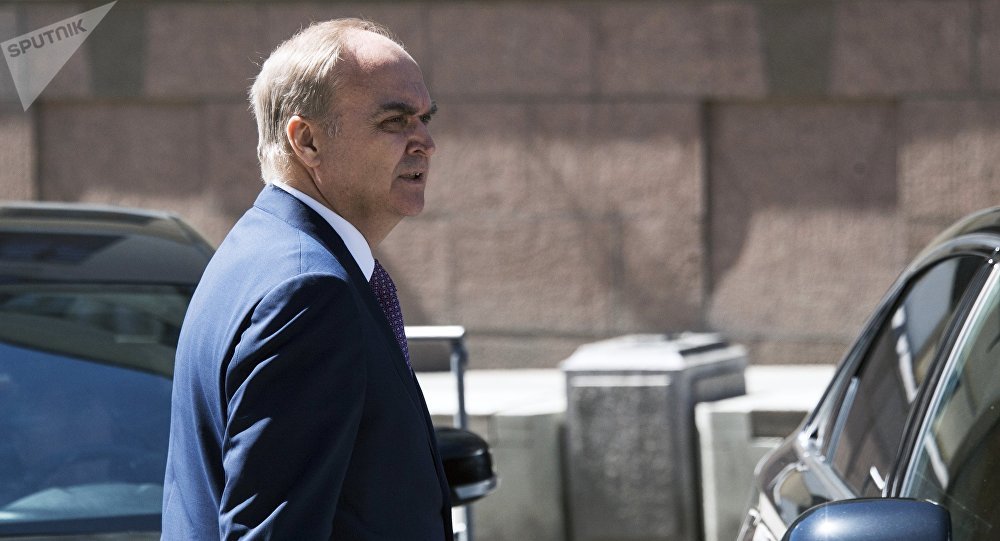 Russian Ambassador to the United States Anatoly Antonov said Friday that he expressed Russia's desire to develop a mutually beneficial relationship with the United States to President Donald Trump during a diplomatic ceremony at the White House.

WASHINGTON (Sputnik) — Antonov told reporters that a meeting with Trump was constructive and he was received in a warm and friendly manner.

"I told him [Trump] about the importance of improving US-Russia bilateral relations… Russia wants to improve bilateral relations with the United States. We want our relations to be trusting, respectful, equal and mutually beneficial," Antonov told reporters after Trump accepted his diplomatic credentials.

Ambassador #Antonov presented his credentials to🇺🇸@POTUS
'We agreed with his staff members to continue our contacts'https://t.co/2dA08R7tME pic.twitter.com/VrR9jOsQDT

He also said that he thanked the US president for hospitality.

The Russian envoy also said he will continue contacts with Trump colleagues and his staff.

© Sputnik / Vladimir Pesna
Russia Seeks to Develop Mutually Beneficial Ties With US Despite Tensions - Ambassador
When asked about the recent remark of the State Department about ending diplomatic "tit-for-tat" between the countries, Antonov expressed hope real steps in this direction would be taken.

"We will see," Antonov said.

US to 'Communicate' With Russia on Antonov’s Appointment as Ambassador