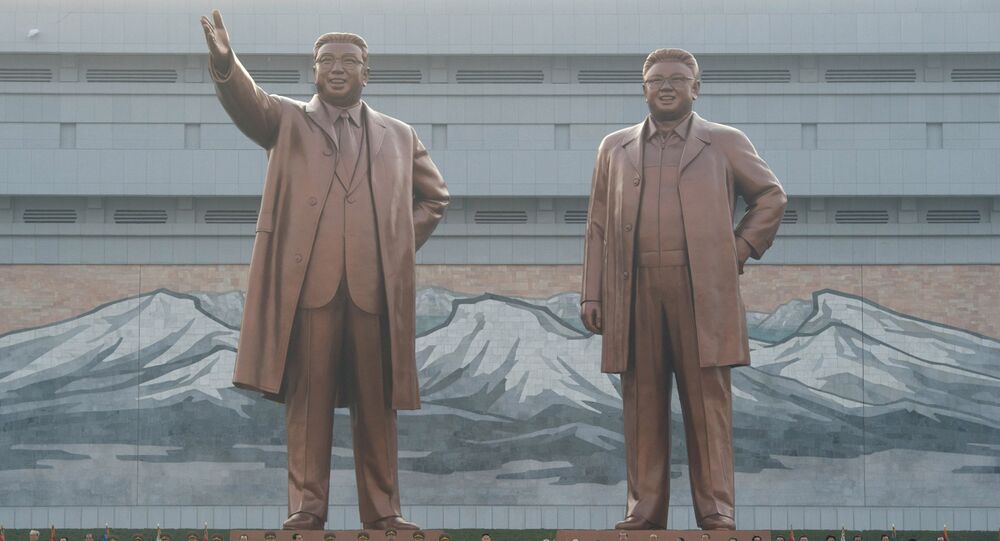 A Russian minister called the humanitarian situation in North Korea "inadmissible" after the text of US' draft resolution on tightening sanctions against Pyongyang had been leaked by media.

"Remember that dozens of millions of people live there, and we do not want a humanitarian catastrophe on the Korean peninsula," Galushka said following talks with Pyongyang officials on the sidelines of the Eastern Economic Forum in Vladivostok.

The Russian minister's comment comes a day after media leaked the text of the US draft UN Security Council resolution proposing to impose an oil embargo on North Korea and block the assets of the country's leader Kim Jong Un after the latest nuclear test. Pyongyang has vowed to respond to attempts to impose "barbaric" sanctions and US' pressure.

© REUTERS / KCNA
Pyongyang Vows to Respond to 'Barbaric Sanctions', US Pressure
Russian Foreign Minister Sergei Lavrov told US State Secretary Rex Tillerson in a phone conversation on Wednesday that Russia is ready to consider a draft UN Security Council resolution on North Korea under certain conditions, promising to examine the text of the document.

In his turn, Russian President Vladimir Putin said at the BRICS summit in China that North Korea will not abandon the development of nuclear weapons under the pressure of sanctions since it regards this program as a security issue, thus, the problem could only be solved by diplomatic means.