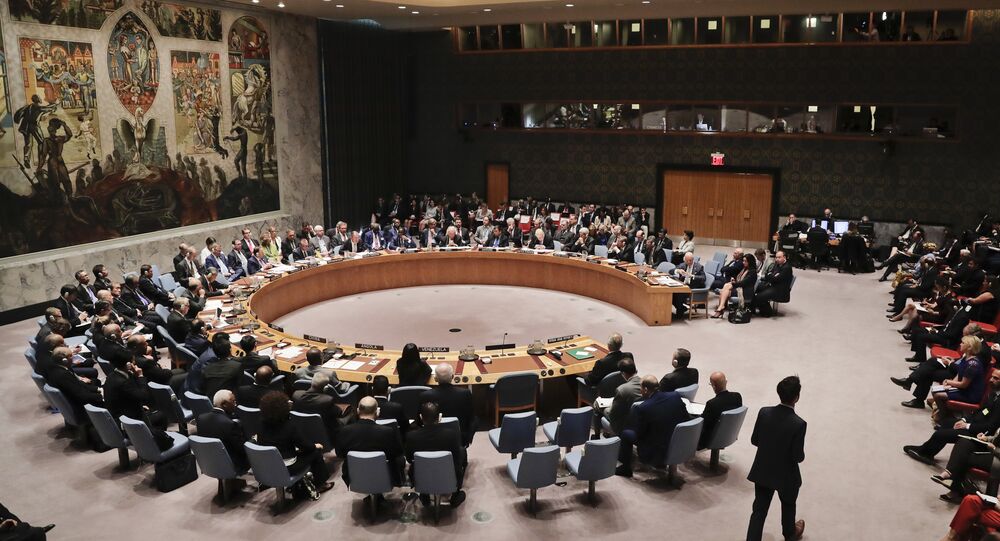 China urges UN Security Council to make the next step and take necessary measures against North Korea due to the recent developments on the Korean Peninsula.

On Wednesday, the United States circulated a draft resolution on North Korea among the UN Security Council members, the provisions of which include imposing an oil embargo on North Korea and freezing the assets of the country's leader, Kim Jong Un.

"Taking into consideration changes occurring on the Korean Peninsula, China agrees that the UNSC should make the next step and take necessary measures," the minister told a press conference.

He also noted that China was ready to engage in a close dialogue with all parties on the basis of an objective and just attitude toward the issue.

"We hope that North Korea will realize what is going on, and will make the right decision and right choice not to be stubborn and challenge agreements of the international community," Wang said.

Meanwhile, Foreign Ministry Spokesman Geng Shuang said that the Chinese side believed that the UNSC should make decisions and adopt retaliatory measures only through discussions and general consensus, stressing that no country should be able to make unilateral decisions.

"If we speak about any concrete measures, China hopes that the UNSC retaliatory measures and response will contribute to denuclearization, peace and stability on the Korean Peninsula, and will also promote the solution of existing problems through dialogue and consultations," the spokesman said, commenting on the foreign minister's statement.

The situation on the Korean Peninsula escalated in recent months due to Pyongyang's missile launches and nuclear tests, all conducted in violation of the UN resolutions. On Sunday, North Korea announced that it had successfully tested a hydrogen bomb that could be loaded onto an intercontinental ballistic missile, which marked its sixth nuclear test. Many countries have firmly condemned North Korea's test calling for retaliation.

A number of Russian officials, including Foreign Minister Sergey Lavrov and permanent representative to the United Nations Vasily Nebenzya, have repeatedly said that the strengthening of anti-Pyongyang sanctions would be counterproductive, advocating instead for the crisis to be settled by diplomatic means.