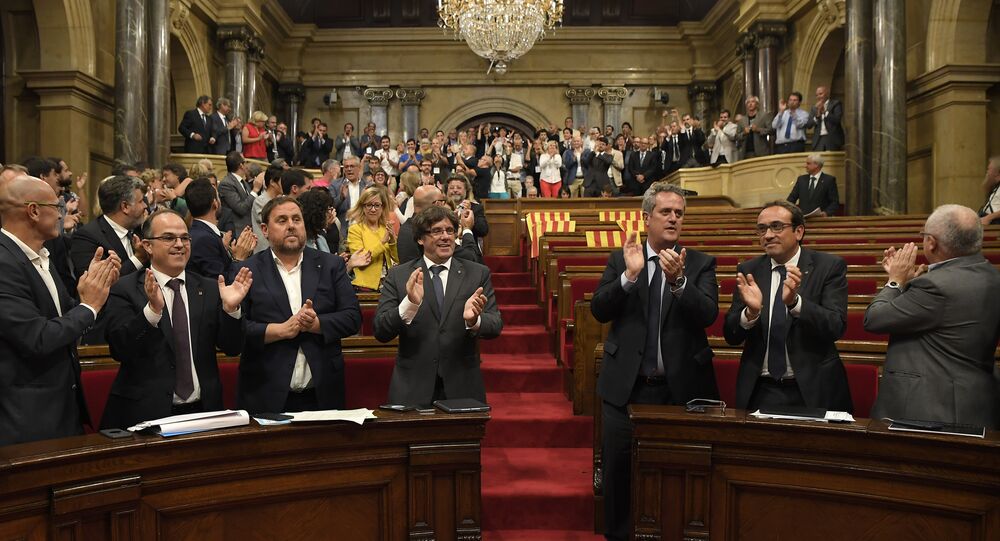 Spain's prosecutor general said he was preparing a lawsuit against a number of Catalan lawmakers and government officials for passing a law on holding an independence referendum on October 1.

On September 6, despite protests from Madrid, the Catalan Parliament passed a law to hold an independence referendum which will ask Catalonians whether or not they want the Spanish province to become "an independent country in the form of a republic." The Spanish government considers the decision illegal.

Police and national guard will ensure stability and order, he stated.

"The General Prosecutor's Office requested security forces to investigate any actions related to the organization of the referendum."

© AP Photo / Francisco Seco
Spain May Lose $2.9 Bln in Taxes if Catalonia Gains Independence - Reports
Catalonia has been seeking independence from Spain for years. On November 9, 2014, about 80 percent of the Catalans who took part in a non-binding referendum on the region's status as part of Spain voted in favor of Catalonia becoming an independent state. The vote was, however, ruled unconstitutional by the Spanish government and the Spanish Constitutional Court.

In early June, the president of the autonomous region, Carles Puigdemont, said that Catalonia would hold a referendum on independence from Spain on October 1, 2017, prompting criticism from Madrid.