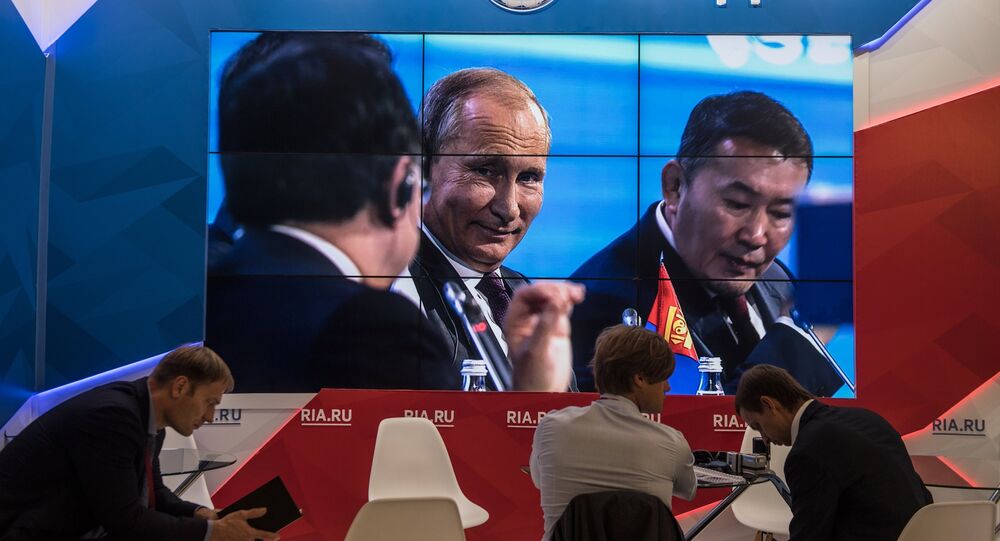 The Russian president joked that US Secretary of State Rex Tillerson had probably fallen into a bad company and was "moving in the other direction" in Washington.

"We once awarded the Order of Friendship to… Mr. Tillerson, but he seems to have got into bad company and to be somewhat moving in the other direction. But I hope that the wind of cooperation, friendship and interaction will finally bring him to the right path," Putin at a plenary meeting of the Eastern Economic Forum in Vladivostok.

The relations between Russia and the United States has recently escalated due to US searches in the buildings of the Russian General Consulate in San Francisco and its trade mission in Washington. Russian Deputy Foreign Minister Sergey Ryabkov commented on the move saying that the searches conducted by the United States at the Russian diplomatic properties on US soil were outrageous and constitute aggressive violations of international law.

Washington demanded that Moscow close down its consulate general in San Francisco and two other diplomatic entities in New York City and Washington, DC by Saturday. The Russian Foreign Ministry said that US actions constituted a violation of international law, including the Vienna convention on diplomatic and consular relations.