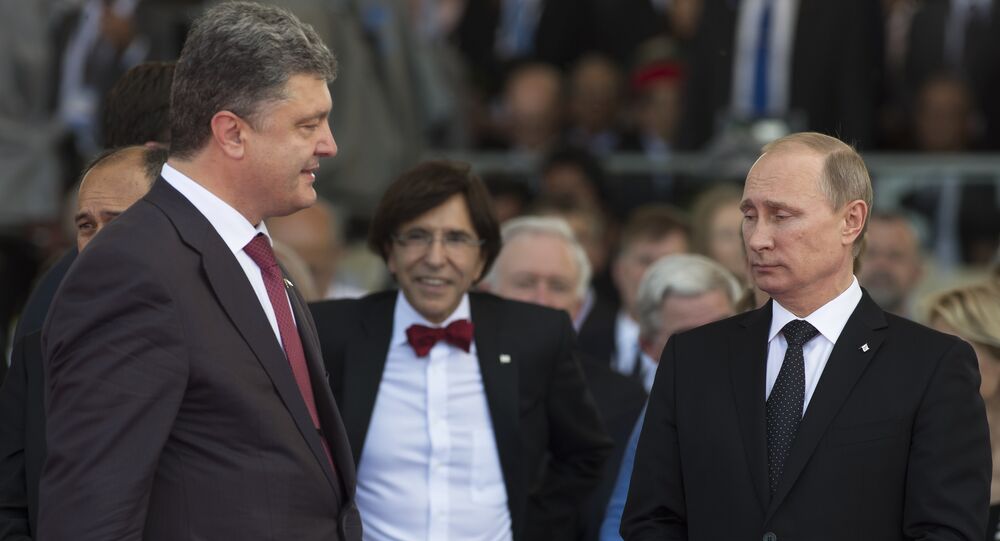 Normandy Leaders Do Not Plan to Discuss Donbass Soon – Kremlin

The leaders of the so called Normandy Format do not plan on sending UN peacekeepers to Donbass after Russia's draft resolution.

VLADIVOSTOK (Sputnik) — Russian, Ukrainian, French and German leaders have no plans yet for a meeting on Ukrainian peace or more phone talks in this regard, the Russian presidential spokesman told Sputnik on Thursday.

"No, not yet," Dmitry Peskov said on the sidelines of the Eastern Economic Forum in Vladivostok, Russia.

Asked if any phone negotiations were forthcoming, Peskov said, "No, no concrete [plans],"

On Tuesday, Russia proposed a draft resolution on sending UN peacekeepers to war-torn eastern Ukraine to provide security for the Organization for Security and Co-operation in Europe (OSCE) monitors after Russian President Vladimir Putin voiced the idea.

Kiev launched a special military operation in Ukraine's southeast in April 2014, after local residents refused to recognize the new Ukrainian authorities, which came to power as a result of what was considered by many as a coup. In February 2015, the two sides agreed to a ceasefire after the talks brokered by the leaders of Russia, France, Germany and Ukraine — the so-called Normandy Format — in the Belarusian capital, Minsk.