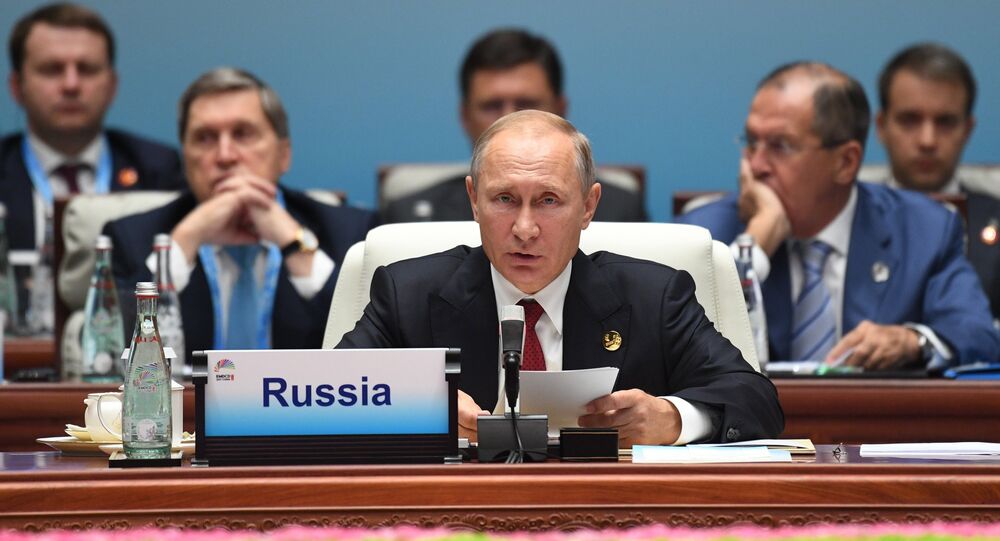 Russian President Vladimir Putin commented on the recent closure and searches of Russian diplomatic facilities in the United States.

Putin blamed the American establishment for a lack of political culture regarding the situation with the Russian diplomatic facilities in the US, saying that Moscow has the right to decide whether to cut the US mission by 155 employees for full parity, but will not do so yet.

"Strictly speaking, if we talk about complete parity, there [would] be not 455 diplomats in Moscow, but 155 less. So, we reserve the right to make a decision about this amount of US diplomats in Moscow too, but we will not do that yet, we will see how the situation will be further developing," Putin said at a press conference after the BRICS summit.

According to Putin, the staff of Russia’s permanent mission to the United Nations was also conditionally included in the total amount of Russian diplomats in the United States.

"Strictly speaking, they are not diplomats accredited in the US State Department, but they are diplomats working in an international organization," Putin stressed.

He highlighted that the United States had pledged to secure the work of the United Nations when contending for the headquarters of the organization to be located in New York.

"The fact that the United States has reduced the number of our diplomatic missions is their right. Another thing is that this was done explicitly in such a boorish manner. It does not make our US partners look better," Putin added.

"It is difficult to have a dialogue with people who confuse Austria with Australia. You can do nothing about it. That seems to be the level of political culture of a certain part of the American establishment," Putin said at a press conference following the results of his participation at the BRICS summit.

Putin also said that "the American nation, the American people, America is really a great country, a great nation… of such people with such a low level of political culture."

He added that Moscow was planning to file a lawsuit due to the deprivation of the right to administer its estate.

The Russian President admitted Washington's right to cut the number of diplomatic facilities but stated that it was done in a boorish manner.

© AP Photo / Alexander F. Yuan
US Searches at Russian Diplomatic Property Outrageous - Moscow
On Thursday, the US State Department ordered Moscow to close down its Consulate General in San Francisco and two other diplomatic entities in New York City and Washington, DC by Saturday. After Russian diplomats left the US Trade Representative building in Washington, US security agents entered the premises and conducted a search, which, from Moscow's perspective, was a breach of international law. The US State Department argues that the officers carried out a lawful inspection of the facilities.

In December 2016, then-US President Barack Obama decided to expel 35 Russian diplomats and block access to two Russian diplomatic compounds as a response to Moscow's reported meddling in the US presidential elections.

In late July, Moscow announced its decision to reduce the US diplomatic staff in Russia to 455 people, the same number of diplomatic personnel Russia has in the United States. Shortly thereafter, the US Embassy in Russia suspended the processing of non-immigration visas due to staff cuts.

Vladimir Putin stated in conclusion that he hoped Russia and the US would be able to find compromises in resolving bilateral and international issues.

"I very much hope that we will be able, as the current President of the United States [Donald Trump] was saying, to find some compromises in settling bilateral and international issues in order to ensure that they were resolved in the interests of both the US and Russian people, and resolved in the interests of many other countries, meaning our special responsibility for international security," Putin said.