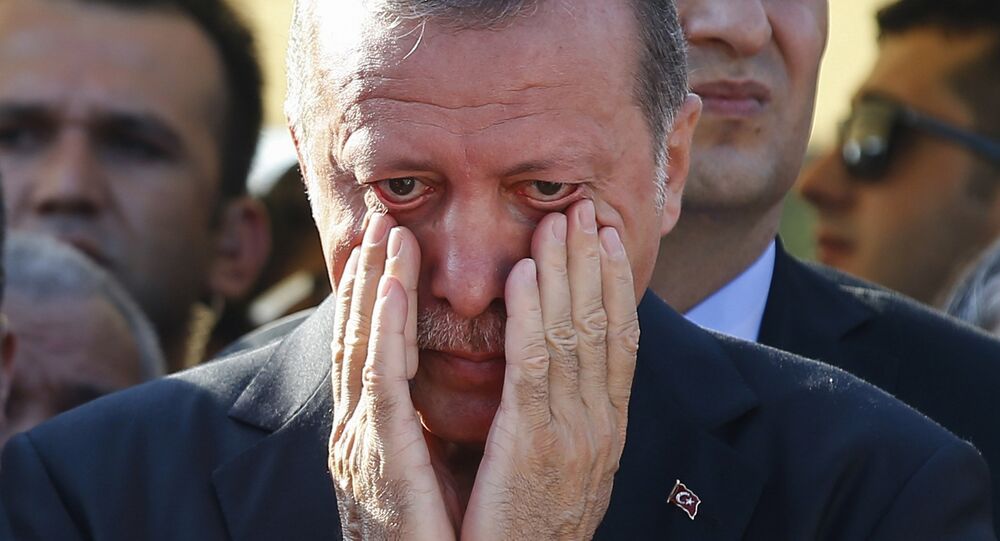 The Turkish president lashed out at a lack of global response to the violence against the Rohingya Muslim minority in Myanmar, resulting in deaths of at least 400 and injuring hundreds more.

ANKARA (Sputnik) — Turkish President Recep Tayyip Erdogan said on Monday the world "stayed indifferent" to "mass killings" of the Rohingya Muslims in Myanmar, adding that he had discussed the issue with the leaders of around 20 countries of the Organisation of Islamic Cooperation (OIC).

"I have already discussed this [Rohingya crisis] with around 20 leaders of the OIC countries… On September 19, we will raise this issue at the United Nations General Assembly and will discuss it with global leaders. Unfortunately, mass killings of the Muslims have taken place in Myanmar. But the world stayed indifferent to this," Erdogan told journalists.

Almost 400 people have reportedly died in clashes between the country's security forces and Rohingya Muslims. According to the authorities, those killed included 370 Rohingya, 13 members of Myanmar's security forces, two government officials and 14 civilians. The violence provoked sharp criticism from the international community.

© Sputnik / Said Tzarnaev
Chechnya Protests Myanmar Violence Against Muslims (PHOTO, VIDEO)
On Friday, Erdogan strongly criticized global media for insufficient coverage of the violence against Rohingya and called the situation a genocide against the Muslims.

In late August, Muslim insurgents of Rohingya origin attacked security posts in the state of Rakhine. The attacks prompted a harsh response from Myanmar’s authorities, with the ongoing clashes between Burmese armed forces and Muslim insurgents killing hundreds of people and forcing thousands to flee their homes.