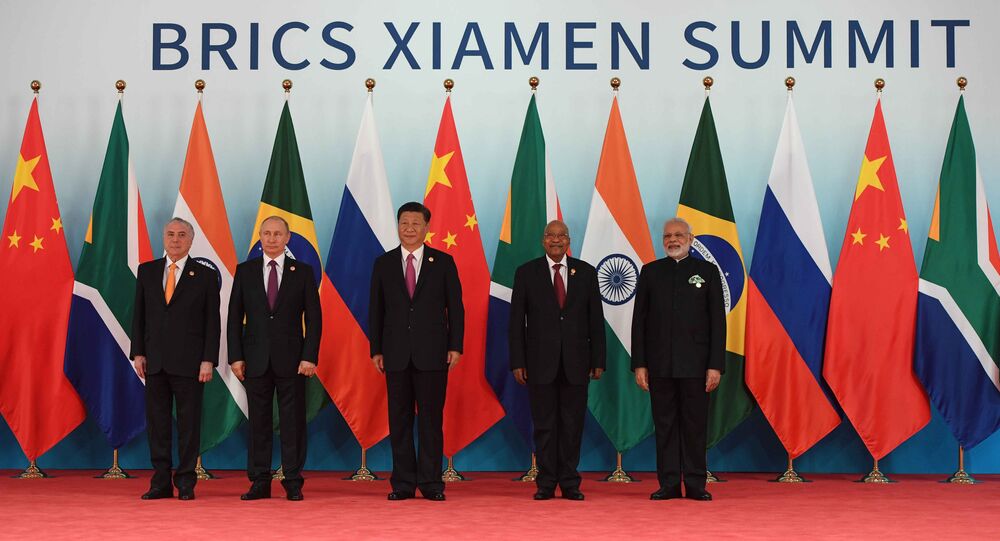 BRICS Leaders’ Meetings officially kicks off in the coastal Chinese city of Xiamen.

© Sputnik / Michael Klimentyev
Not Available on Amazon: Putin, Xi Exchange Stunning Gifts Ahead of BRICS Summit
Sunday saw the launch of the BRICS Business Forum, the leaders' arrivals, as well as some bilateral meetings — for example, between the Russian and Chinese presidents Vladimir Putin and Xi Jinping.

This year, the summit is being held in a "BRICS Plus format," which means that apart from the five member-states, other countries have been invited: Egypt, Mexico, Thailand, Guinea and Tajikistan.

North Korea's latest and most powerful nuclear test, carried out on Sunday, is expected to be on top of the agenda.

On Sunday, Chinese President Xi Jinping opened a BRICS Business Forum, a major side event of the bloc's 9th summit, set to last until Tuesday.