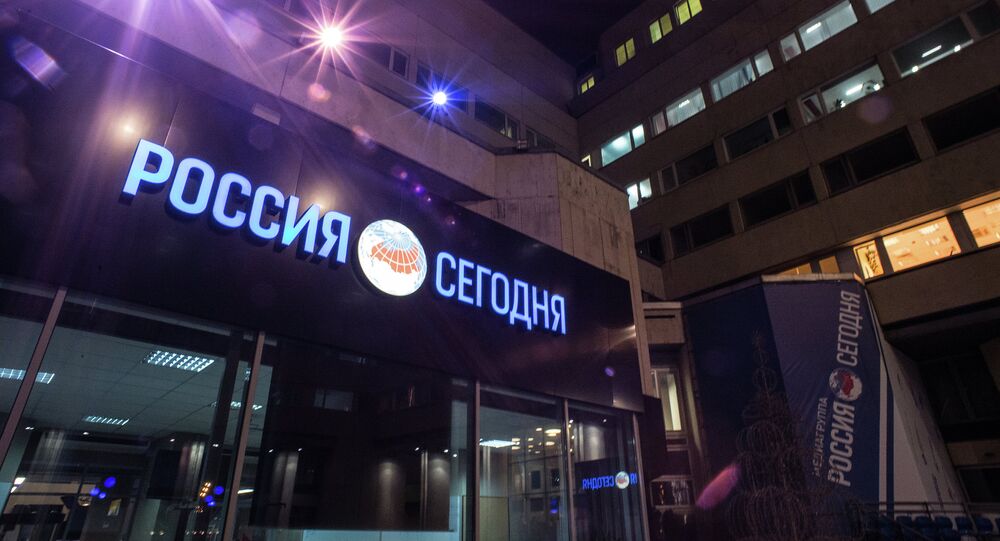 Estonia's right to refuse accreditation to Rossiya Segodnya International Information Agency journalists to cover the EU foreign ministers' meeting was reasserted at the Council of the European Union.

BRUSSELS (Sputnik) — Estonia's decision to deny accreditation to three Rossiya Segodnya International Information Agency reporters for the EU foreign ministers' meeting in Tallinn was discussed at the Council of the European Union and resulted in the reassertion of Tallinn's right to make the final call, a Sputnik correspondent reported.

Estonia refused to grant accreditation to three Rossiya Segodnya reporters for the informal meeting scheduled for September 7-8. This was the first time that the agency had faced such restrictions on access to ministerial level events under the aegis of the European Union.

The General Secretariat of the Council of the European Union and directorate-general for communication participated in the discussion.

According to the statement of Guy Milton, head of media relations at the Council, Tallinn is aware of various opinions on its decision, but the informal nature of the meeting made it subject to policies of Estonia, the host.

Milton stressed that the rules for accreditation of reporters in Brussels had not changed.

On Friday, the European Federation of Journalists called on the Estonian Presidency of the Council of the European Union to reconsider this decision.

EFJ General Secretary Ricardo Gutierrez had previously said that the refusal to grant accreditation was "disproportionate."

© Sputnik / Ramil Sitdikov
Estonia Explains Refusal to Accredit Rossiya Segodnya With EU Resolution
The Estonian authorities had explained their decision by compliance with the recommendation of the Council of Europe on platforms disseminating inaccurate information and 2016 resolution of the European Parliament.

"These general reasons, based on non-binding texts, do not in any way justify a refusal of accreditation," Gutierrez said, according to EFJ website.

RT Editor-In-Chief Margarita Simonyan has thanked Gutierrez for his support for the freedom of expression.

In April, a cameraman of REN TV broadcaster was barred from entering Estonia. According to the Estonian border police, he did not have the papers proving that the aim and circumstances of his visit were as stated in the visa application.

In October 2015, the Estonian authorities annulled visas of the journalists from VGTRK broadcaster. In September of that year, Estonia denied entry to a staff member of Rossiya Segodnya. The Russian Foreign Ministry then expressed regrets over the denial of entry into Baltic states for Russian journalists.

In November 2016, the European Parliament voted in favor of a resolution on countering alleged Russian anti-EU propaganda. The EU Parliament's resolution said that such media as Sputnik news agency and RT broadcasters posed a danger to European unity.

Russian President Vladimir Putin, commenting on the adoption of the resolution, stressed that it indicated an apparent degradation of the concept of democracy in some Western societies.

Council of Europe Sides With Estonia Amid Russian Reporters Ban

Moscow Vows to Respond to Expulsion of Russian Diplomats From Estonia