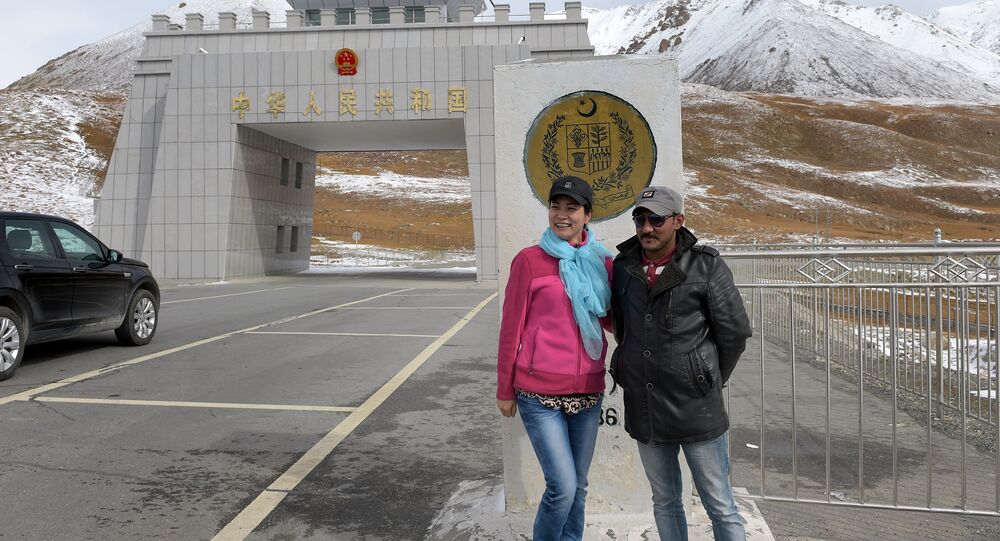 China is increasing its support to Islamabad following the announcement of Donald Trump's Afghan strategy, which contained accusations of Pakistan of providing "safe haven" to terrorists, experts told Sputnik, adding that Islamabad's decision to postpone the visit of an acting US Assistant Secretary of State was made in response to Trump's words.

In his Afghan policy speech delivered on August 21, Donald Trump accused Islamabad of providing "safe haven to agents of chaos, violence, and terror." In an apparent response to the US President's allegations, Islamabad has postponed the visit of Alice Wells, US Acting Assistant Secretary of State for South and Asian Affairs, scheduled for Monday.

"It is quite possible that the postponement of [Wells'] visit was Pakistan's response to Trump's words about Pakistan providing safe haven to terrorists on its territory," Gao told Sputnik, adding that "the US President's insulting words" towards Islamabad will facilitate Sino-Pakistani rapprochement.

© REUTERS / Baz Ratner
Will the Taliban Be Able to Turn Afghanistan in 'Another US Graveyard'?
Gai called attention to the meeting of Pakistan's Foreign Secretary Tehmina Janjua with China's special envoy on Afghan affairs Deng Xijun on August 28. The officials discussed "efforts for lasting peace and stability in Afghanistan," according to Pakistan's foreign office.

However, Gai believes that one shouldn't overestimate the coincidence of the two episodes: apparently, ahead of holding negotiations with the US, Islamabad wants to strengthen its positions by reaching an agreement with Beijing on the Afghan issue.

Additionally, Pakistan "demonstrates that it can be friends not only with the United States, and that China is its best friend," the Chinese expert suggested.

Sergei Kamenev, an expert at the Institute for Oriental Studies at the Russian Academy of Sciences, held another view.

According to the academic, Pakistan's decision to delay Wells' visit and the meeting with the Chinese envoy are closely interconnected.

Kamenev highlighted that Pakistan's Foreign Minister Khawaja Muhammad Asif is due to visit China, Turkey, and Russia this week to hold consultations on the new American policy for Afghanistan and South Asia. In this context, Beijing's support is of utmost importance for Islamabad, the academic believes.

Beijing "has its own problems with the US in Afghanistan," Kamenev told Sputnik, explaining that Washington "is not interested in China bolstering its influence" in the region.

© Photo : US Army / Staff Sgt. Shane Hamann
US Announces New Conditions for Military Aid to Pakistan - State Department
However, "in contrast to Trump, China doesn't consider Pakistan a 'safe haven for terror' and, in particular, to the Taliban," the academic pointed out.

"It is true that the Taliban is really hiding on the territory of Pakistan, but Islamabad is not able to expel them: it does not have enough resources to fight terrorism in all directions," Kamenev emphasized. "So, China believes it, and this, in fact, corresponds to reality."

Thus, it is hardly surprising that Trump's Afghan strategy and, especially, his accusations toward Islamabad have attracted a great deal of attention "from China and other countries, including, of course, Pakistan, to the fight against terrorism in Afghanistan," Sergei Kamenev said.

In response to Trump's statement, Pakistani officials highlighted that it was inappropriate for Washington to make Islamabad a scapegoat for America's own failure in Afghanistan.

© AP Photo / David Goldman
No Decision Yet on US Troop Numbers for Trump's Afghanistan Surge - Pentagon
For its part, Beijing immediately interceded on behalf of its South Asian partner: Yang Jiechi, state councilor, and a member of the State Council Leading Party Members' Group drew US Secretary of State Rex Tillerson's attention toward Islamabad's role in solving Afghan issues in their recent telephone conversation. Yang called upon the White House to show respect for Pakistan's sovereignty and its efforts to ensure security.

Meanwhile, signs have emerged that China has expressed more and more interest in solving the Afghan problem. Observers noted the recent consultations held by the chief of the Joint Staff Department of the People's Liberation Army Li Zuocheng with his counterparts from Afghanistan, Pakistan, and Tajikistan in Dushanbe. The military officials discussed the situation on the Afghan-Tajikistan border and the possibility of China offering assistance in preventing the penetration of terrorists from Afghanistan into Tajikistan.