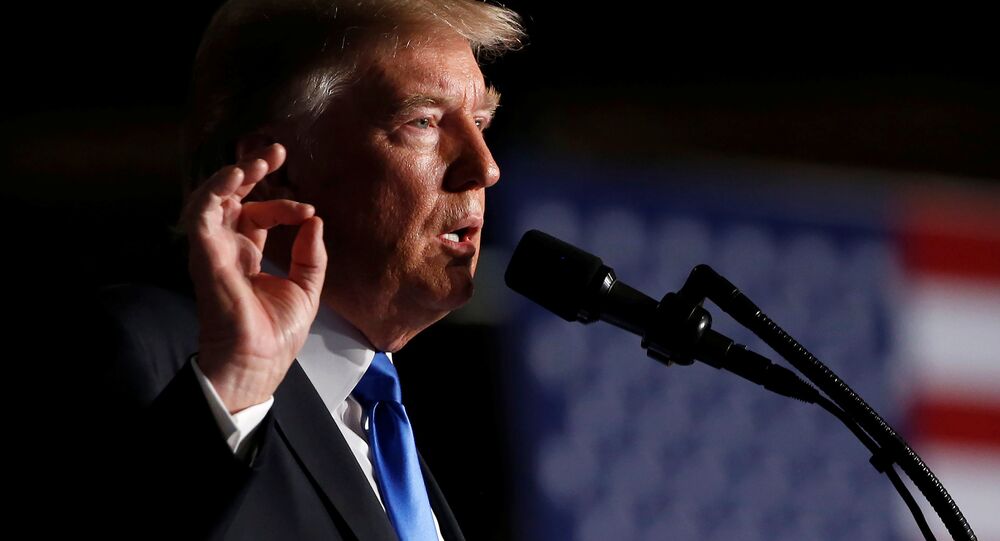 US President Donald Trump stated that the United States should not use talks or payments to North Korea as a diplomatic effort because it wouldn`t solve the issue.

WASHINGTON (Sputnik) — The US diplomatic approach to North Korea has not been working for the past 25 years and would not resolve the issue now, President Donald Trump said in a statement on Wednesday.

The U.S. has been talking to North Korea, and paying them extortion money, for 25 years. Talking is not the answer!

The day before Trump also commented on the Pyongyang's recent missile tests, saying that they had signaled its contempt for its neighbors and the members of the United Nations.

© CC0
US Test-Intercepts Medium-Range Ballistic Missile Off Hawaii Coast Day After N Korean Launch
North Korea launched a projectile Japan considers to be the Hwasong-12 ballistic missile which flew over Japan before falling into the Pacific Ocean 1,180 kilometers (733 miles) east of Japan's northern island Hokkaido. The UN Security Council will hold a meeting on the issue as it is the second missile launch by Pyongyang in just few days.