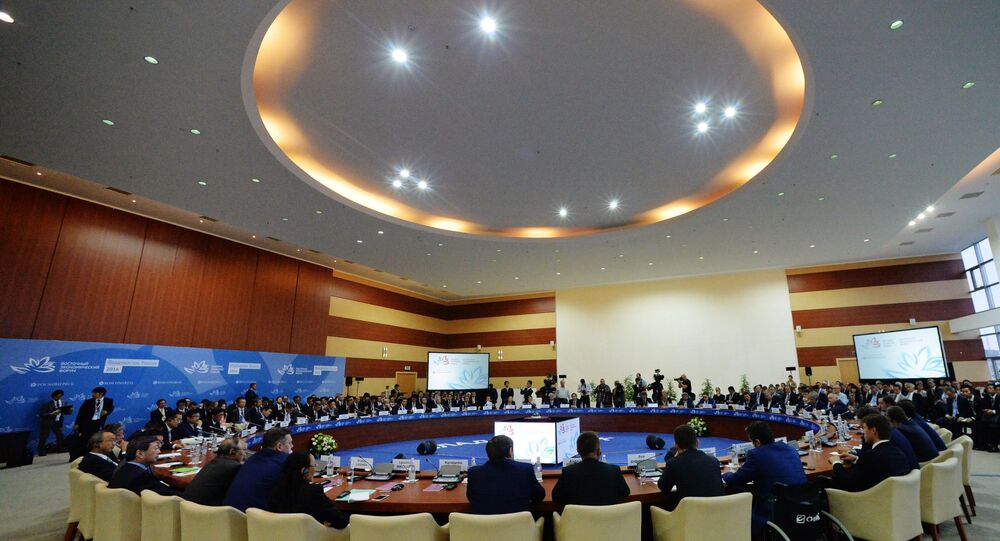 BUDAPEST (Sputnik) — Russian President Vladimir Putin and his Mongolian counterpart Khaltmaa Battulga on Monday agreed to hold detailed talks on the sidelines of the Eastern Economic Forum in Russia's Vladivostok in September.

The presidents met earlier in the day in Budapest, where the 2017 World Judo Championship is taking place.

© Sputnik / Mihail Mokrushin
Mongolia Asks Russia to Rearm National Air Defense Forces
During the meeting, Putin noted positive dynamics in the Russian-Mongolian trade turnover, which showed a 34-percent growth in the first half of 2017. The Russian president also mentioned positive developments in political and economic relations between the two countries.

"We will have a lot to discuss in detail in Vladivostok," Putin said.

The third Eastern Economic Forum will take place on September 6-7. It was established in 2015 as a platform for cooperation between business and political representatives from Russia and the Asia-Pacific region.