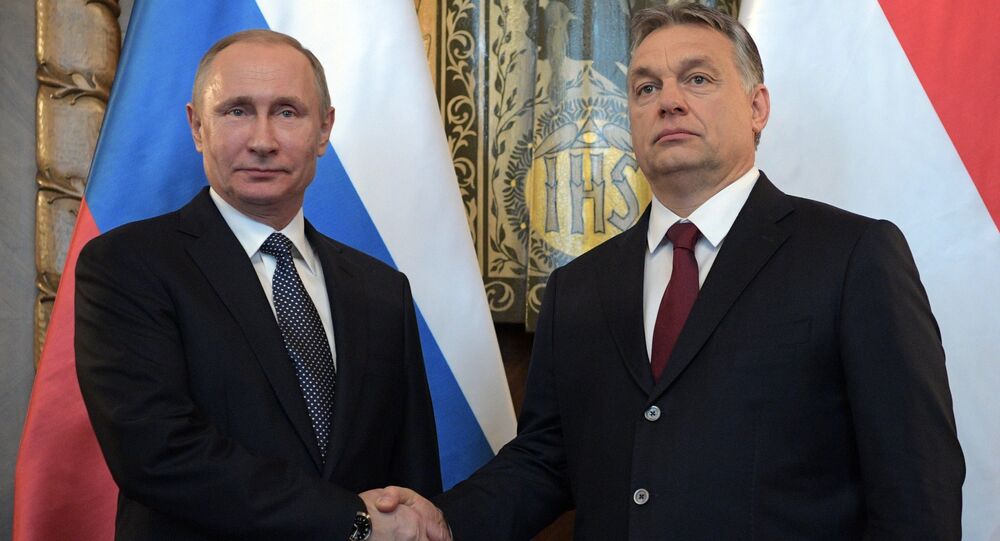 "Orban held a working lunch with Putin. During the lunch, they thoroughly discussed for over an hour and a half the development of bilateral relations, the work on the implementation of major joint projects, primarily Paks [construction of nuclear power plant], and exchanged views on European affairs," Peskov told reporters.

© CC0
Russian-Hungarian Trade Sees 27% Increase in 2017 Amid EU Anti-Russia Sanctions
According to Peskov, the conversation between the Russian president and the Hungarian prime minister was "honest and substantive."

The Kremlin spokesman said that the co-chairmen of intergovernmental commissions presented their reports, which indicated a positive dynamics and growth of more than 30 percent.

Peskov noted that the growth was not linked to the fluctuations on the oil market, it could be explained by investments, opening of new enterprises and joint industrial initiatives.

The Russian-Hungarian economic relations are actively developing with the Paks nuclear plant being the most significant joint project at the moment. Paks NPP was built in the 1980s and produces up to 50 percent of Hungary's electricity, according to the European Commission. The Paks II project includes the construction of two new reactors to phase out the four dated reactors currently operating at the Paks site. The agreement between Russia's Rosatom and the Hungarian MVM Group on the building of the new units for the plant was reached in 2014.