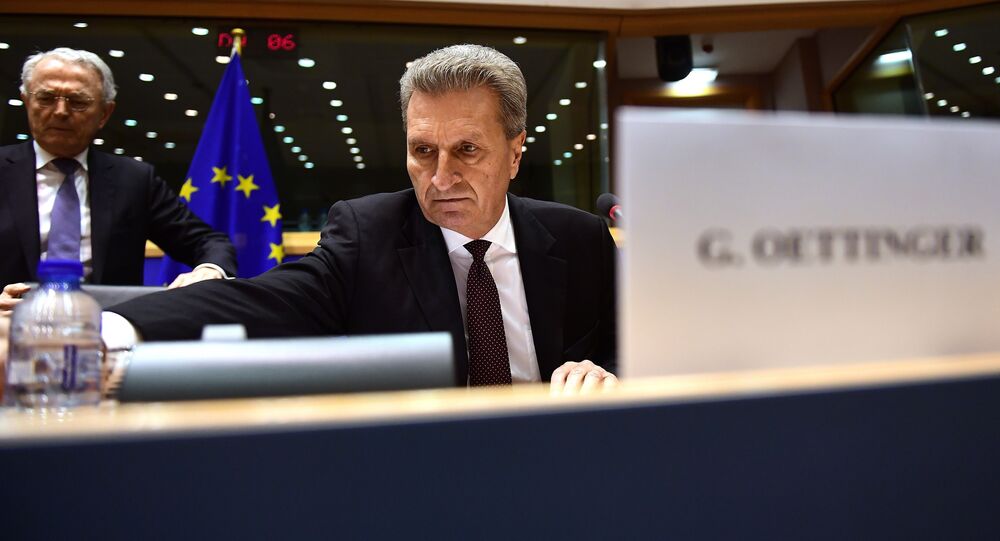 "The member states should allocate at least two billion," Oettinger said in an interview with the Spiegel newspaper.

© AFP 2020 / LOUISA GOULIAMAKI
Turkey to Suspend Refugee Deal If EU Declines New Visa-Free Regime Proposal - Minister
The EU commissioner pledged 300 million euros in EU funds toward the 3-billion-euro goal due by the end of 2018, according to the newspaper.

The first tranche of 3 billion euros is scheduled to be transferred by the end of this year. It comprises 1 billion from the EU budget and 2 billion from individual budgets of EU states.

Ankara and Brussels agreed on a deal in March 2016, which stipulated a $6.4 billion in financial aid and major concessions for Turkey on EU membership and travel in return for a pledge from Ankara to take back undocumented migrants arriving in Europe via Turkish territory.