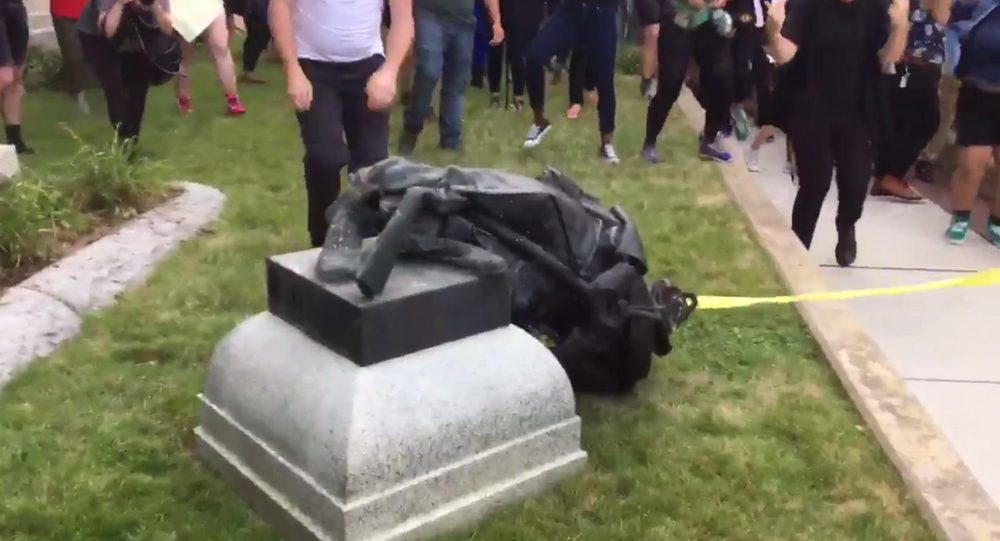 Recent calls for the removal of Confederate statues across the US have reignited simmering racial tensions in the South, and could very well help point the traditionally conservative region in a different political direction in upcoming elections.

Radio Sputnik’s By Any Means Necessary spoke with Marcus Ferrell, political strategist, organizer and former African-American outreach director for Bernie Sanders about the statues and the role they could play in the primary campaigns of progressive southern candidates.

"By the time the primaries come around this is going to be a wedge issue," Ferrell reasoned. "In my humble opinion, I believe African-Americans and good Americans are not going to stand for symbols of oppression and slavery to stick around in 2017, 2018 and 2020."

https://www.spreaker.com/user/radiosputnik/bannon-more-helpful-on-the-outside-race-
He added, "I do believe it will become an issue, and I wish it wasn’t, I wish they could just take [the monuments] down and talk about other things, but these are the things that are staring us directly in our face that need to be addressed."

Ferrell said it’s not only the southern political scene facing a reckoning, but the Democratic Party itself, as the party establishment tends to scorn people who stray from its center-right orientation.

"This is an African-American woman who is running for governor in the South – that in and of itself is going to be challenging," he said. "We’re going to get problematic things that happen, we’re not going to have the easiest run."

Ferrell also explained the frustration that comes with trying to run a campaign based on principle instead of party politics. "What I’m noticing is folks don’t want to talk about our platform and what we want to do for issues, they want to bring up color, they want to bring up race, they ask 'Can an African-American woman win?'and muddy the waters, instead of talking about the issues that are important."

Ferrell said he joined the Abrams campaign after leaving the Sanders camp because he felt that run spoke to issues that were important to him, African-Americans and other marginalized groups.

In response to host Eugene Puryear’s question about whether the US South is becoming the country’s new center of progressive politics, Ferrell replied that southern politics have long been oppressive to African Americans, and as Donald Trump rose to the Oval Office through a racist backlash following eight years under a black president, a similar progressive backlash is brewing in the southern electoral arena.

People have grown weary of politics as usual, he said. "[F]olks are actually wanting to hear principled stances on how politicians can actually make their lives better, and not have [elections] be a popularity contest anymore," he remarked. "When you put these things in platforms I believe we are more receptive to listen in these metropolitan areas in the South."

Our Next Attorney General is a Neo-Confederate