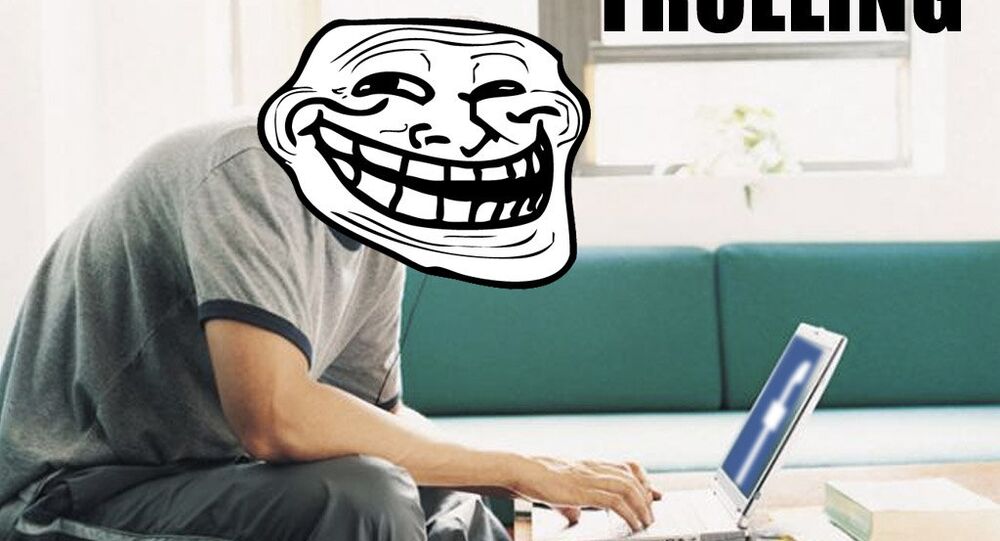 Sputnik's Facebook page is being attacked by a trolling campaign, with users leaving a one-star review of news agency and copy-pasting a series of bland, poorly spelled messages attacking it, Russia, and the country's recent history.

The trolling campaign, which began Monday and has continued to spread since, has left Sputnik's front page, and the comments sections of many of its articles, littered with spam. Trolls have also simultaneously spammed the Facebook pages of the Russian Foreign Ministry and those of other officials.

Messages include such gems as 'Putinist propaganda machine', 'stop lying russkies', 'Gebels [sic] is proud papa of Propoganda [sic] and Sputnik," "It's not a News, [sic] it's Sputnik Lies and Propaganda of Kremlin," and "Just another one lying [sic] and dirty Kremlin propaganda site."

One particularly common comment being spam copy-pasted onto Sputnik's wall makes reference to the Molotov-Ribbentrop Pact, and assigns co-responsibility to the Soviet Union for starting World War II. Another 'reminds' users that Soviet leader Joseph "Stalin was just as horrible as Hitler."

© Photo : Screnshot
Screenshot of the mess of troll comments left on Sputnik's Facebook page.
© AP Photo / Dmitri Lovetsky
Has Russian 'Propaganda' Been Exposed by New US Website or Is It Just Hot Air?
The campaign is being organized under the Russian-language hashtag '#ПораСказатьПравду' ('Time to Tell the Truth') and '#TheMomentOfTruth.' Some posts simply spam these two phrases again and again.

Some Sputnik followers decided to respond to the trolls by trying to educate them, replying to their comments directly, or posting their own messages of support for Sputnik. Others reminded the trolls that their attacks on the Soviet Union make little sense, since that country hasn't even existed for over a quarter of a century.

One British user offered a particularly astute commentary in defense of Sputnik, saying the agency was "a great source of information from the Russian perspective. Seeing as you can't rely on the BBC or any of the Yank outlets for impartiality the next best thing is to read [Sputnik] and also 'alternative sites' and draw your own conclusions."

© CC0 / Pixabay
#Ferguson and #IceBucketChallenge: The Top Ten #Hashtags of the Last 10 Years
Another user, this one from Canada, suggested that platforms like Sputnik offer "legendary American journalists who can no longer get published in formerly esteemed main stream venues" a chance to be heard.

The campaign appears to be coordinated by users from the Baltic states, along with a few Poles. According to Lithuanian news website Delfi.lt, Lithuanian Facebook users are the main drivers of the trolling effort. Lithuanian diplomats are said to have intervened directly in organizing the campaign, with local journalists and 'political activists' joining in.